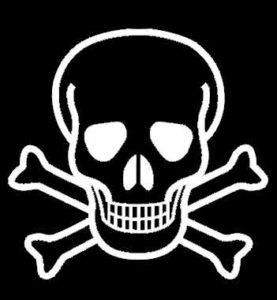 HAITI’S MILLIONS CAN HAVE THEIR “WILL” RESPECTED SO LONG AS IT IS A SELECTION OF MANIGAT OR MARTELLY, EVEN THOUGH THESE PEOPLE NEVER POLLED AS MUCH AS 5% BEFORE THE FIRST ROUND.

JEAN HENRY CEANT AND CHARLES BAKER WERE THE FIRST AND SECOND CANDIDATES IN POPULARITY.

I am reminded of the Communist election in Russia, and throughout its Communist puppet states. They held elections, with a religious fervor, with only one candidate on the ballot. There seemed to be some sort of psychological value to have the people cast ballots for Stalin, or the other nations’ Communist leaders.

We spent decades, zillions of dollars and millions of lives in our effort to erase this criminality.

And now we have transferred this basic concept to Haiti.

THE ELECTIONS MUST REFLECT THE WILL OF THE PEOPLE!!! Hillary Clinton and the rest of the criminals all reiterated this mantra, and then ignore the Will of the People!!!

The Haitian millions saw some hope as the election campaign progressed. Jean Herny Ceant was welcomed by tens of thousands, as he campaigned around the countryside. If I did not possess photographic evidence of this, I would believe it was a myth, just as I am now realizing the American government’s continued promise is, in reality, a sick lie. This lie is also perpetuated by the International Community whose leaders have insisted, for years, that Rene Preval was the only hope for Haiti, the only leader capable of leading the nation. With his insane analysis the Haitian people had no Hope but prayed the electoral process might save them.

Then the International Community, lead by the Obama administration, MINUSTAH and the OAS allowed Rene Preval the right to retain his hand-picked CEP – Electoral Council, even when Haitians, and others, warned what would happen. The Naïve Americans, via Ambassador Merten, their endomorphic ambassador, insisted that Preval and the CEP had given their word and their word was accepted.

And now, look what has happened!!

Exactly what those who actually know the realities of Haiti predicted.

Preval screwed up the electoral process and the world stood their paralyzed. On election day the entire fiasco could have been solved through the simple process of cancellation. Cancel the elections, create a new independent CEP and coordinate a real ballot, not the usual incompetent, criminal charade expected in Haiti. Such a criminal fiasco installed Preval in 2006 when the MINUSTAH dictatorship took his 23% and increased it to 51% to avoid a constitutionally mandated run-off.

Haiti’s 9,000,000 tried to express their will as those, who had managed to get voter cards, and find their polling places….;.and actually discovered they were listed on the voter lists…dropped their ballots into the boxes, already stuffed with Preval controlled counterfeit votes.

The Fate of the Nation was then in the hands of the election workers even as observers from all opposition parties were barred from election sites – in direct contravention of the Electoral Law. The entire crime was so obvious, by 10 AM on voting day, that all candidates, – with the exception of Jude Celestin – Preval’s guy, and Mirlande Manigat, his secret choice, gathered to protest. Manigat was a late joiner to the Group of 12, and then abandoned them.

Preval told Manigat and Martelly – separately – that each of them was the real leader in the vote count, and would be president. This self-serving pair immediately abandoned their compatriots, and their Nation, to seek personal gain.

Preval had recognized them for what they were/are.

From that point on it has been downhill.

The world has ignored the true winners of the electoral process….jean Henry Ceant and Charles Baker.

The entire crime has been overlooked at the CEP present results…and has these results blocked with threats of visa cancellation and blockade of reconstruction aid. They were going to present a Celestin/Manigat run-off.

Eight hours later it was announced that the run-off would be Manigat/Martelly.

The fact that percentage of votes, or properly signed and certified documentation has never been presented bothers no one in the International Community. Only one member of the CEP signed off on the crime….but Edmund Mulet, the MINUSTAH Pro-Consul says he doesn’t give a damn if ZERO signed, he is going to have an election.

Preval has stepped aside and says he will do nothing.

Mulet is faced with a logistic impossibility unless he simply declares his choice – MANIGAT – winner. This choice will see an eruption that will kill many, many people and set  Haiti back to a negative starting point.

Haiti’s millions have said FUCK IT!!

There is still a pressure for fairness and survival for the Haitian Nation. This requires the cancellation of the election, Preval’s departure…creation of a new and truly independent CEP, installation of an interim government, and a carefully organized and coordinated election that sees the ballot REFLECT THE WILL OF THE HAITIAN PEOPLE!!

It doesn’t look like anyone is listening to the warning signals.

The Preval/MINUSTAH/OAS/HILLARY CLINTON  combination are about to force a decision on Haiti that will see an ongoing VERY EXPENSIVE disaster over the foreseeable future.

Many, many, many people are going to die throughout the country from the International Community generated slow death.

And many people will die in political violence as the various criminal elements fight a mafia-like war to capture control.

The Manigat/Martelly teams are controlled and coordinated by cocaine kings and their victory will make Haiti a true NARCO STATE.

And the world will have Hillary Clinton, Edmund Mulet, MINUSTAH and the OAS to thanks for their perpetual misery, for once this charade is validated the Haitian masses will see DEMOCRACY for what it really is, a sick lie.

It is not too late!!

Cancel the elections and save Haiti.

Even as I write this – INITE – Preval’s party that stole control of Parliament, while everyone was watching the presidential crimes, is fighting amongst itself. This criminal band, with no philosophy  whatsoever, held a meeting at which one of its members – Gary Joseph –  was pistol-whipped by Senator Lambert – a cocaine king – and Yvon Jerome…as Justice Minister Paul Denis looked on. In fact, this crime took place in front of Paul’s Denis house, where the meeting was being held. The members will be in criminal court tomorrow. They will be in Parliament when it reconvenes.

DEMOCRACY AND JUSTICE ARE DEAD IN HAITI.