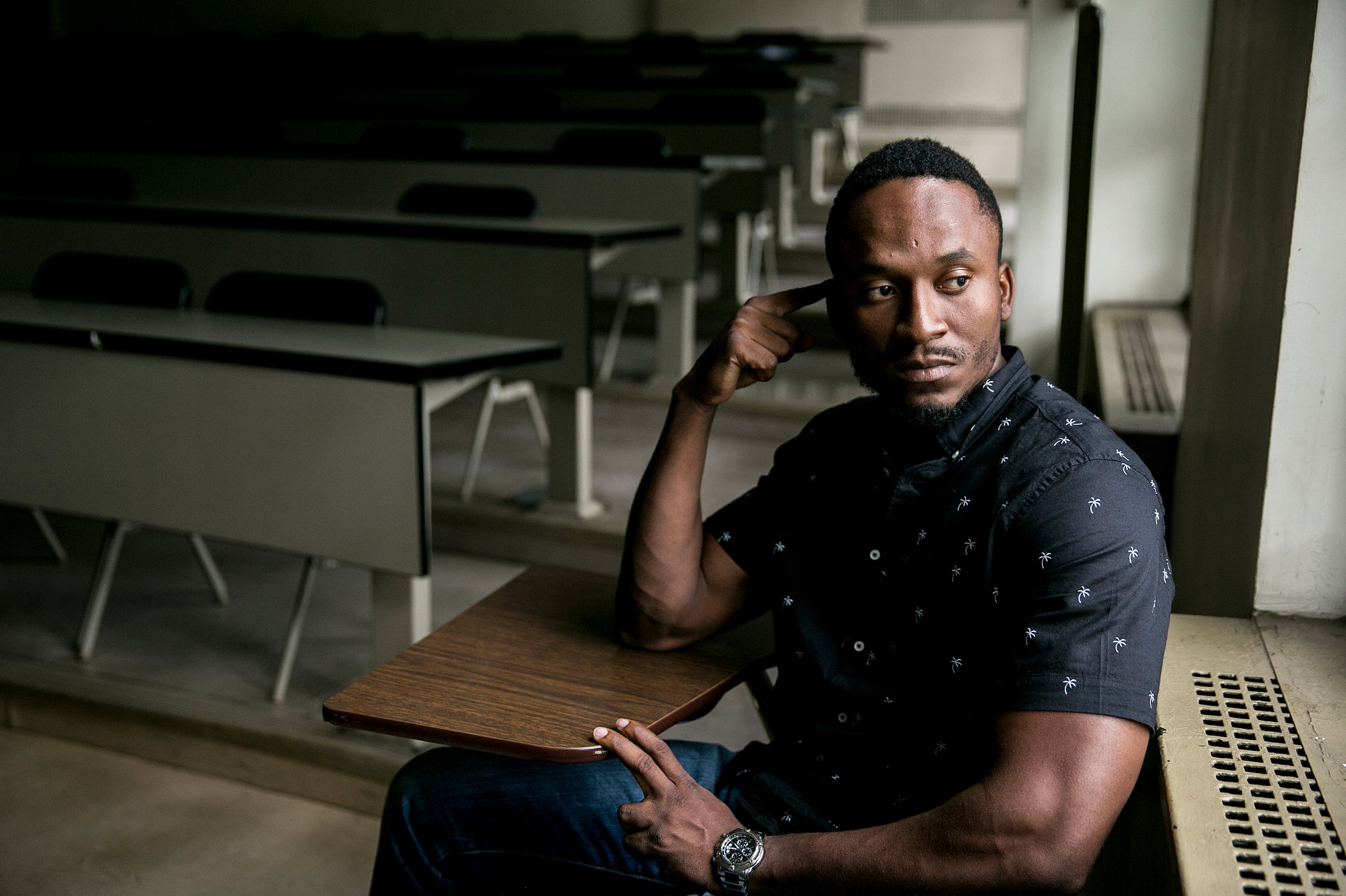 Jean Jubens Jeanty, 29, last week at Brooklyn College, where he will soon complete a high school diploma program. Mr. Jeanty, who is from Haiti, has temporary protected status. Credit Sam Hodgson for The New York Times

Jean Jubens Jeanty, a Haitian Uber driver who lives in Brooklyn, has his future mapped out. After completing a high school diploma program at Brooklyn College next month, he plans to start college next year. He would then seek further schooling to become a nurse or pediatrician. But the clock is ticking on his plans.

Mr. Jeanty, 29, came to the United States from Port-au-Prince in September 2006 with his eldest brother and stayed after his tourist visa expired. He has what is known as temporary protected status, or T.P.S., which was granted to Haitians who were visiting the United States or living here illegally when a devastating earthquake struck their homeland in 2010. T.P.S. allows him and other Haitians to live and work legally in this country, until conditions in Haiti have improved enough to return home safely.

Now, the Trump administration is monitoring earthquake recovery efforts to determine whether temporary protected status for Haitians should be terminated in January when its recent six-month extension ends. The Homeland Security secretary, John F. Kelly, said in a news release in May that Haiti has been making significant progress, advising T.P.S. holders to begin to “prepare for and arrange their departure” should the special designation end in January.

That advice has left Haitian T.P.S. holders — as many as 58,000 in the United States, with 20,000 in New York — mired in fear. Some who have established lives here said they feared losing their dreams. Others who have lived in the United States for many years may find it difficult to adjust to life in Haiti, the Western Hemisphere’s poorest country. And those with American-born children could be parted from them.

“I basically grew up here,” said Bianca, 22, a senior at Queens College, part of the City University of New York, who asked to be identified by her middle name because of her uncertain immigration status. “It’s very nerve-racking in a way. It’s very unsettling to know that you’re here and you don’t know what tomorrow is going to bring, or what is going to happen in the next couple of months.” 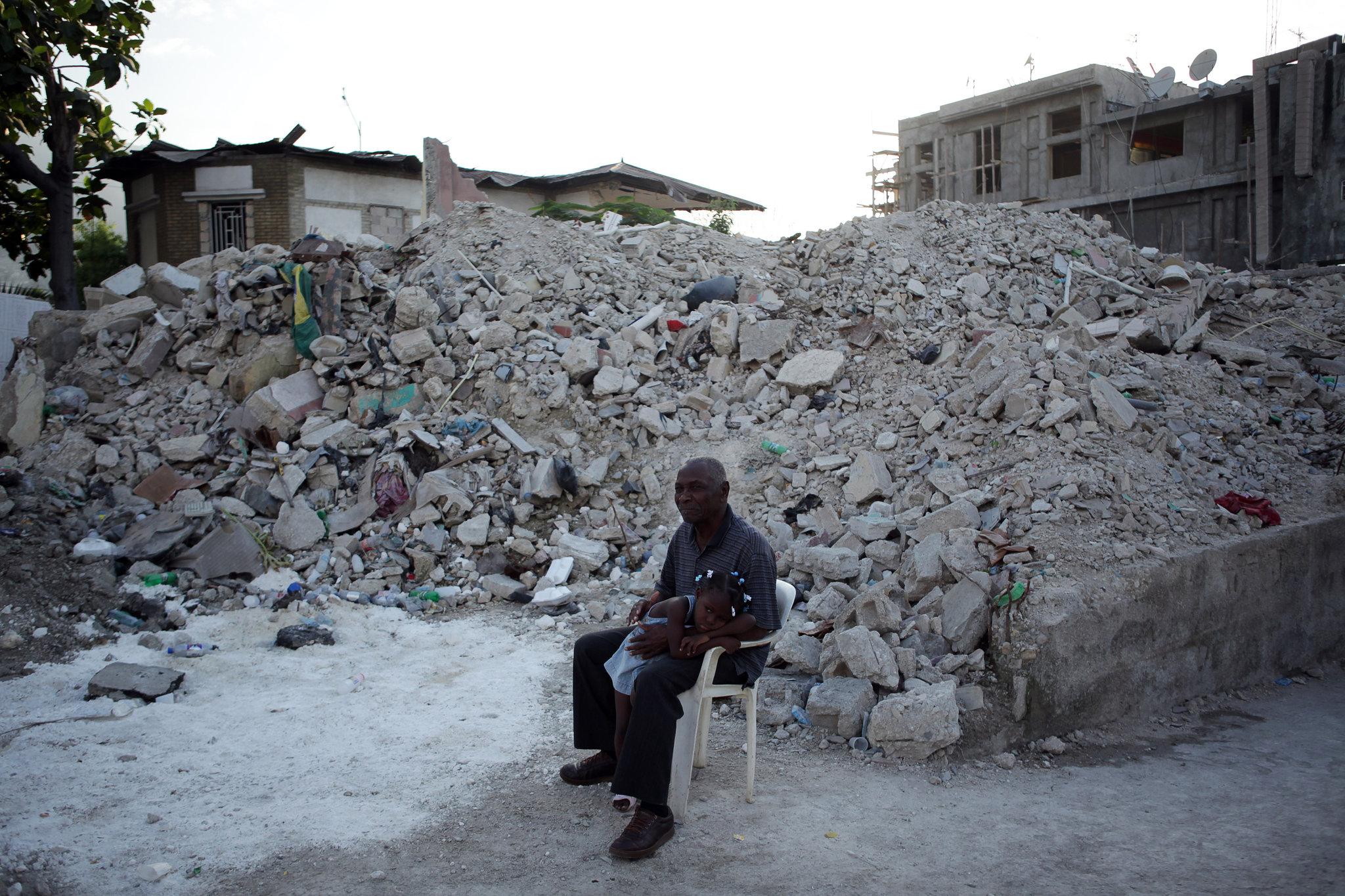 Bianca came to the country in 1998 with her mother and brother on a tourist visa, and they overstayed their time. Her father, who also has T.P.S., later joined them. She has two siblings, 14 and 18, who are United States citizens. Bianca, an aspiring educator, studies English literature and expects to graduate in December. At CUNY, the country’s largest urban public university system, there were 60 students with T.P.S. last school year, the university said.

Congress created the T.P.S. program in 1990 to aid countries ravaged by war, natural disasters or catastrophic events that make it too dangerous for citizens to return. Their status is renewed periodically, and recipients have to keep their permits updated to avoid deportation, at a cost of $495. Under the Obama administration, Haiti’s T.P.S. permits were reviewed every 18 months, with the current extension ending today. In May, the Trump administration said the next extension would be for six months, ending on Jan. 22, 2018.

The program was created to provide temporary aid, but some designations have stretched as long as two decades. Immigrants from Honduras and Nicaragua have been allowed to stay in the United States since 1999, when Hurricane Mitch devastated their countries. The United States currently provides T.P.S. to more than 300,000 foreign nationals from 10 countries.

Emmanuel Depas, a lawyer who is Haitain-American and assists T.P.S. recipients, said Haiti is far from ready to take its citizens back. Mr. Depas said the country’s dire condition had been exacerbated by a cholera outbreak caused by a United Nations peacekeeping force, which killed 10,000 and sickened nearly a million, and by Hurricane Matthew last year, the biggest storm to hit Haiti in 50 years.

“Haiti just got a president in 2017,” Mr. Depas said, noting that the country had had months of political instability. “To say that the country is ready to take its people back is asinine.”

Mr. Depas said some T.P.S. recipients have decided not to renew their status for fear of giving immigration authorities information that could locate them should the program end. 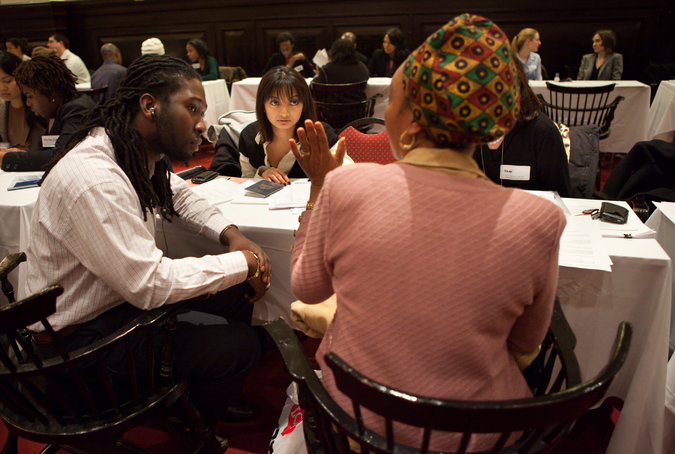 Stecy Antoine, left, and Reina Boaz, center, meeting with a Haitian woman at a free legal clinic in New York in January 2010, after the earthquake in Haiti, when many sought temporary protected status. Credit JB Reed for The New York TimesBut Ira Mehlman, a spokesman of the Federation for American Immigration Reform, which supports stricter immigration controls, said the decision on whether to extend the program should not center on subsequent misfortunes. Mr. Mehlman argued that T.P.S. was intended only to “give some people a ride out of the circumstances in their countries” temporarily.

“At some point, we expect you to go home,” Mr. Mehlman added. “To simply say we are going to keep expanding it, then it’s no longer temporary. It’s a backdoor immigration system. There seem to be some expectations that the countries have to be a paradise before we send people back home.”

Though the Trump administration has taken a hard line on illegal immigration, Nisha Agarwal, commissioner of the New York City Mayor’s Office of Immigrant Affairs, said “there’s still time and ability to influence” Mr. Trump’s decision. But the “pack your bag type of messaging immigrants are hearing from the federal government” is discouraging, she added. Ms. Agarwal said her office was assisting T.P.S. holders with legal support and urged them to prepare regardless of their expectations.

Ending the program would deal a significant blow to a lifeline of Haiti’s economy: remittances. Haitians in the United States sent $1.3 billion back to the island in 2015, according to the Pew Research Center.

As for Mr. Jeanty, he is hoping that immigration authorities will grant a longer extension in January. “A person like me who is working and paying taxes, going to school and have nothing on my record — why not keep me here?” he said. “I have nothing to go back to.”