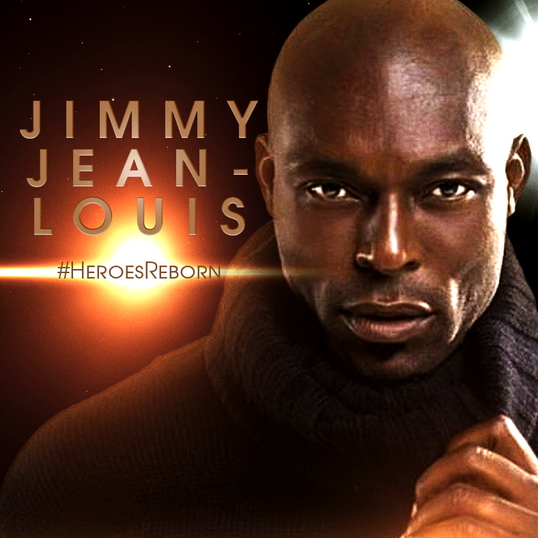 Haiti-born Hollywood actor Jimmy Jean-Louis is starring in three films (“Everything But a Man,” “Cargo,” and “Empty Box“) at the Miami Film Festival, March 3-12. He’s also co-produced one of them, “Everything But a Man,” which was partly shot in Haiti and co-stars Monica Calhoun from “The Best Man” franchise.

We recently caught up with Jean-Louis, who is hosting a private party for the Haitian film makers at this year’s Miami Film Festival. We wanted to learn a bit more about  this actor, who has gone from playing “The Haitian” on the NBC series “Heroes” to playing love interests, and complicated characters on the big screen.

On set with Haitian actorJimmy Jean-Louis who is in Miami to screen three films as part of Miami Film Festival.Handout

All three of your movies have Haiti-related themes. But are you still doing movies that are not in or about Haiti?

My Haiti work is consistently there, but I am still very much keeping in touch with my other markets, America, France, Africa and also the Caribbean. I just finished shooting a TV show in Paris, and a movie in America. I have a movie coming out in Nigeria in three weeks.

What’s its like to be starring in three films at the same time?

For me, it’s very surprising that I have these three movies playing at the same time. I’m extremely happy to not only be invited to the film festival but to also be able to keep representing Haiti.

We are seeing a number of Haitians behind the cameras these days, is this coincidental or the result of an organized effort?

I think the effort is purely an individual effort. There isn’t a system in place to try and promote the growth of film making in Haiti and that is a shame. We have very talented film makers all over Haiti; who are Haitian and live outside of Haiti and who would like to link up with Haiti. But there is no real structure in Haiti that allows them to do so. Movies can bring a pretty large economy in the country if we only allow that industry to flourish.

What other project are you currently working on?

I am going to Haiti next week to work on a book that I am writing, a book about Haiti.

Suddenly it seems that you are very tied to Haiti. Or has it always been this way?

Some of the work just seems more visible to people. I’ve always been involved in Haiti. In the mid-90s, I used to do fashion shows and in the early 2000s to shoot movies. I created Hollywood United for Haiti. It’s been an ongoing relationship between Haiti and myself and the work is becoming more and more important, but at the same time it doesn’t mean I a neglecting other places. I am still very relevant in America.

Why is it important for you to rep Haiti when you can?

I am Haitian and I am deeply rooted. If I am going to be deeply rooted, I have to acknowledge being Haitian, and I am going to have to actively take part in the progress in Haiti. I can do that via doing movies, tackling subject matters that put a better light on Haiti. So it is normal and important for me to always somehow put Haiti in the forefront of what I do. The more I talk about Haiti, the more I talk about myself, the more I know about Haiti, the more I know about myself. If someone can be completely at ease with who they are, what they stand for, then life becomes a lot easier.

“It’s important for me fully understand Haiti, for me to embrace where I am from so I can properly advance in life.”