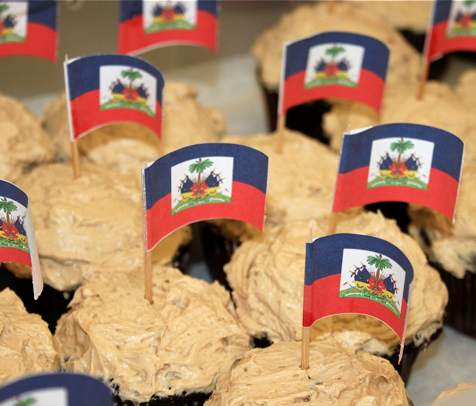 (MissionNewswire) Salesian missionaries with the National School of Arts and Crafts (ENAM) have partnered with Les Cereales d’Haiti, S.A., a mid-sized organization in the grain industry in Port-au-Prince, Haiti, to develop a 10-month training course for young bakers. This partnership brings the first vocational training school for bakers to Haiti and will allow participants to acquire skills needed for their future employment.

Twenty students, including nine young women, are the first to start the program and performed an exhibition promoting the value of baking at the opening ceremony. During the presentation of the course, it was also noted that the bread industry is a very important sector in the country, enabling intense economic activities at different levels of society and in various areas of the country, both urban and rural.

At the end of the training cycle, the country will have professionally-trained bakers. The goal is to provide this training so that students will be able to find and retain employment in a high-need sector. This also provides Haiti with advanced professionals in the industry. Everything has been taken into consideration including the development of appropriate, industry-standard spaces. Salesian missionaries will work to recruit new students and provide the educational supplies while professionals from the Grand Moulin des Antilles of Guadeloupe will train the students.

“There are thousands of bakeries in the country, but to a large extent, training in the sector takes place in the workplace,” said Les Cereales d’Haiti’s commercial director, adding that consumers rarely have access to quality flour products.

Father Jean Paul Mésidor, from the Salesian Provincial in Haiti, emphasized the importance of this new initiative, recalling that “training is a tool for the reduction of poverty and for social development.” He emphasized that in 10 months there will be a sweeping wave of innovation in the industry, thanks to the new professionals formed at the ENAM center.

Haiti’s educational system is continuing to rebuild after the 2010 earthquake destroyed 90 percent of schools and 60 percent of hospitals, killed thousands of people and left more than 350,000 injured. After Hurricane Matthew, the Salesian-run Rinaldi Foundation, in collaboration with Salesian technical and vocational training centers, launched a number of rehabilitation projects across the country.

Despite ongoing reconstruction and infrastructure improvements, Haiti remains the poorest country in the Americas and one of the poorest in the world. According to the World Bank, over half of the country’s population of 10 million lives on less than $1 per day and approximately 80 percent lives on less than $2 per day. The majority of Haitians lack adequate access to education, health care and nutritious food.

Salesian missionaries arrived in Haiti in 1935 upon request from the Haitian government to run a professional school. There are now more than 200 Salesian-run schools in Haiti. Salesian programs are located throughout Haiti, including Port-au-Prince, Fort-Liberté, Cap-Haïtien, Les Cayes and Gressier. Salesian missionaries operate 10 main centers across the country, each of which has a number of primary and secondary schools, vocational training centers and other programs for street children and youth in need.