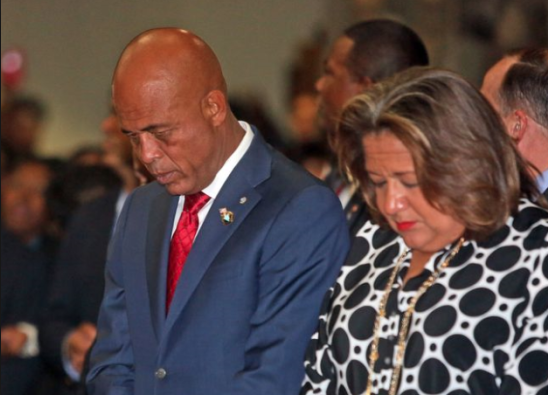 The term of President Michel Martelly ended today, February 7. Because the Constitution does not provide a process for power transition when elections are not finalized, Haitian political and international actors have convened for the past two weeks to discuss how to move forward given the power vacuum. Several scenarios were on the table: an agreement among the three branches of government that Martelly remain in office, like former President Preval did in 2011, to complete the elections (despite calls of the opposition to ouster him); install the non partisan President of the Supreme Court or a judge of this court, as was done successfully under the 1990 and 2006 electoral crises; or, have the Prime Minister (or a newly appointed Prime Minister) oversee a three month transition. Various political parties and organizations put forward another 28 proposals for the transition each of them with their own Provisional President and Prime Minister.
Given the Haitian’s political parties inability to reach a consensus on a path forward on their own, the Organization of American States (OAS) sent a mission to Haiti last week to facilitate a dialogue among political actors for the transition and finalize the elections. Some of the actors wanted a coup. An agreement was brokered and the implementation starts today. The agreement includes:

2.     Parliament will acknowledge the void of the Presidency (Feb. 7)

3.     Parliament will inform the Haitian people about how a Provisional President will be selected (Feb.7)

4.     Parliament will name a bicameral commission to work on the selection process; citizens will be able to submit their names to the commission (Feb. 7)

5.     Parliament will vote for a new Provisional President (TBD)

6.     After the new President is sworn in, s/he: a. Confirm the current Prime Minister of consensus or name a new one

b. Write to various sectors of Haitian society, in accordance with Article 289 of the Constitution, to form a new Provisional Electoral Council in order to organize the runoff of the elections on April 24 – the date set by the agreement under the auspices of OAS and the Democratic Charter (Feb. 11) 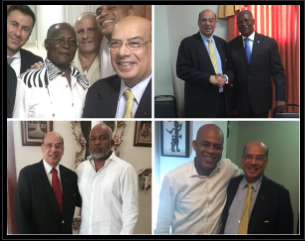 Without disciplined implementation, this agreement has the potential to lead Haiti into permanent instability. If parliament chooses a politician instead of a non-partisan Supreme Court judge, Haiti is in for trouble. Undoubtedly, a politician who becomes President overnight without the vote of the people will try to stay in power for at least three years by annulling the elections, dissolving parliament and changing the constitution. Historically, Supreme Court Judges have always followed the laws and the Constitution to the letter and eschewed partisan politics. Several political leaders are hesitant about the President of the Supreme Court because they claim he has a family relationship with Jude Celestin, one of the candidates qualified for the runoff. This is unverified.
Meanwhile sectors linked to political violence are taking advantage of the power vacuum by creating an unstable environment in order to seize power. Aristide sent into the streets two different types of operators. First, his main spokeperson, Gerald Gilles, has been vocally advocating that Aristide should be provisional President. They know clearly that the Constitution precludes him from serving another term because he has already served two. Second, the presence of members of Haiti’s disbanded army in the streets of Port-au-Prince two days ago fueled the fire. Aristide tried to take advantage of this situation by disguising his chimeres (violent political operators from the Lavalas party) as former military during their attack on a transfer banks and a police precinct in the town of Arcahaie, 30km from Port-au-Prince.

Aristide historically has used these chimeres to carry out kidnapping and drug trafficking in order to finance the party. Most of these actors have been apprehended by the US Drug Enforcement Agency and tried in the US. According to various testimonies from Arcahaie the person linked to this attack is a chimere named Pa Bouke. The goal was to create more tension between the populace and the members of the disbanded army. Martelly, for the past four years, has refused to include the members of the disbanded army into the country’s new defense force oriented toward reconstruction. In the upcoming days, the country should expect in to see similar violent actions from the Aristide camp. In the face of the heightened violence, MINUSTAH, the UN mission in Haiti, has been completely ineffective in maintaining security.
In addition to the violence, we are already seeing an increase in corruption and political pay offs. Since yesterday, there is an full scale assault on the newly convened parliament by the economic cartel known as the Groupe de Bourdon, former President Rene Preval, the drug cartels, Aristide and others – all trying to buy the presidency.  Preval like Aristide is constitutionally precluded. All those efforts toward the transition are weakened by a surfacing scandal involving the President of the Senate, Jocelerme Privert. Many around the country are calling for his removal because he falsified the amended constitution in 2009 according Haitian newspapers and radios who investigated the issue and is responsible for the La Scierie massacre in Saint Marc when he was Minister of the Interior.
Without support from the international community to isolate the perpetrators of violence and corruption from the system, this – or any – brokered agreement is doomed for failure and Haiti will slip back into chaos for a decade or more. The OAS should actually leverage the Democratic Charter and conduct an investigation identifying the damaging actors and remove them from the process. The OAS did this successfully in 2001 when Aristide’s Lavalas burned down political parties headquarters. They should also continue to foster the dialogue between the democratic actors willing to sit at the table and negotiate in good faith. And finally, they should ramp up their support for the electoral process by increasing technical assistance to the CEP and strengthening the electoral observation mission.

The situation is fragile and the stakes are very high. Haiti has some slight momentum in the past five years addressing the dire economic, political and social situation of the country. Yet the Haitian political system and Haitian political actors are unable to foster the democratic process on their own. To protect the people of Haiti, the international community will need to step in, yet again, to support democracy.