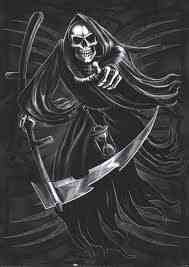 The first Haitian to get cholera at the onset of the 2010 epidemic was almost undoubtedly a 28-year-old mentally disturbed man from the town of Mirebalais, researchers reported Monday.

The man, whose name was not revealed in the report, in The American Journal of Tropical Medicine and Hygiene, was known as the village “moun fou” — Creole for “crazy person” — said the authors, who work for Partners in Health, a Boston group associated with Dr. Paul E. Farmer that has provided free health care in Haiti since 1987.

Although his family had clean drinking water, the man often walked naked through town to bathe and drink from the Latem River just downstream from the Meye River, into which raw sewage drained from an encampment of United Nations peacekeepers from Nepal.

Haiti’s outbreak was of a Nepali strain, and that encampment is considered the source.

The man developed severe diarrhea on Oct. 12, 2010, and died in less than 24 hours. Two people who washed his body for a wake fell ill 48 hours later. Haiti’s first hospitalized cholera case was in Mirebalais on Oct. 17.

The epidemic has since sickened nearly 500,000 people across Haiti and killed nearly 7,000.

The man’s habits made him the first known victim, said Dr. Louise C. Ivers, one of the new report’s authors. But because of the “infamous living situation” in Mirebalais, which is desperately poor and was swollen with refugees from the devastating earthquake nine months earlier, the epidemic was inevitable.

“Plenty of families drank from that river, and still do despite the risk,” she said.