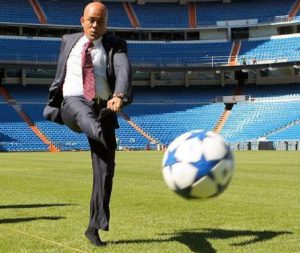 More than two months after his inauguration, Haitian President Michel Martelly still does not have a new government in place. The Parliament rejected his first candidate for prime minister and appears likely to do the same with his second nominee.

What he does have are 635,000 earthquake victims living in tents and a terrifying cholera epidemic. Haiti also has promises of more than $5.6 billion for recovery, less than half of which has turned up. Even fewer funds have gone toward new schools, clinics, farm-to-market roads, city streets, water and sanitation systems, police stations or government buildings after the worst quake in history flattened Port-au-Prince.

Where does Haiti go from here? It just had the horrendous ranking of the fifth-worst failed state out of 179 measured. Clearly, there is not much lower that the country of nine million can fall.

The question is whether it will begin to show any signs of “building back better,” during what will be at least a decade-long recovery. Before the quake, 70 percent lived in poverty; basic services of education, sanitation and health for most Haitian families were of low quality or did not exist. The small elite centered in Port-au-Prince dominated economic and political power. While some progress had been achieved on issues such as police reform, there was a long way to go. Equally important, pillars of the judiciary and corrections were stagnant.

International leaders, from Bill Clinton to Ban Ki-moon, have pledged a better future for Haiti. A host of Haitian political leaders have promised the same. A first step is for Haiti’s elected leaders to end their zero-sum game political culture — at least until reconstruction is well under way — and pursue a consensus national reconstruction policy.

Yet there is all too little to show that Haiti has truly embarked on a transformation that breaks the pattern of centralizing resources, people, governance and investment in an overcrowded Port-au-Prince that has shown its vulnerability not only to earthquakes but to hurricanes as well. The first storms of this year’s system forced the evacuation of 30 of the earthquake emergency camps and resulted in 28 deaths across the country.

Those storms demonstrated the urgency needed from President Martelly, the U.N. peacekeeping mission, Canada, the United States and other major donors to reverse the most significant reconstruction policy failure of the last year and a half — the failure to adopt a nationwide resettlement and housing strategy. No one expected all of Haiti’s quake refugees to be in decent housing by now. However, neither did anyone expect there to still be 1,000 camps with too little security, the constant threat of forced evictions and the frustration of simply not knowing what the future holds.

A fully vetted and implemented resettlement policy is long overdue. Of the 650,000 people who have left the camps, most did so on their own. Only about 73,000 temporary shelters have been built by donors, and another 4,900 houses have been repaired, but in many cases, the neighborhoods people are returning to are dilapidated and dangerous.

The very presence of the U.N. peacekeeping force has been critical to stability in the quake aftermath and its presence — coupled with a more robust U.N. police force — is still required. However, it should also insist on building clean, competent and community-based justice institutions — from beat cops to courtroom judges — and reject any attempts to turn law enforcement into a partisan tool.

What is needed now is a policy that allows families to move back into their old neighborhoods if they are deemed safe and help them rebuild if they are not, and supports those who fled the city where they are.

Since Haitians desperately want jobs, they should be enticed to stay in the departments where they have fled for sanctuary by following through on the reconstruction plan presented to donors last March and investing in the eight major port cities and surrounding agricultural areas.

Linking jobs, services and housing is the best way to turn the rhetoric of decentralization into reality.

President Martelly is still negotiating for his prime minister and for his cabinet. He should also consider jump-starting the recovery process by sending legislation to the Parliament immediately to establish a national housing authority. In the interim he should decree a one-stop housing and resettlement shop at an inter-ministerial level to adopt and act on a national housing and resettlement policy.

Haiti’s challenges seem monumental but its greatest asset may be the patience and determination of the Haitian people to improve the future for their children. The international community has to avoid looking for an early exit if the hope of the Haitian people has any chance of being realized.