One must look at the past, in order to coordinate the future. Sometimes, people actually learn from the past.

Haiti I a case in question.

Today’s disastrous, chaotic, destructive, unstable situation is the direct responsibility of American interference in Haiti’s internal affairs. I won’t go too far back in history, since this must be a short analysis, but let us look back to the 1986 moment when Ronald Reagan went into an “anti-dictator mode” aiming at Marcos, in the Philippines, and Duvalier in Haiti.

This was a point in Time where Liberation Theology – Communism is priest’s clothing – was Politically Correct. “Priests Good – Army Bad” would be the bumper sticker of that moment in time. 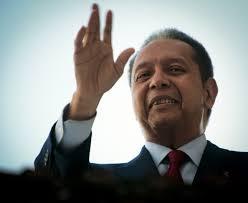 Ernest Preeg, American ambassador to Haiti in the early eighties, wrote a monograph on the Reagan “Caribbean Basin Initiative”  in which he stated: “It can honestly be said that the Jean Claude Duvalier presidency is the longest period of violence free stability in the nation’s history.”  He also stated that the Caribbean Basin Initiative was most successful in Haiti because of the infrastructure Duvalier had created.

And, Duvalier had initiated the Democratic Process with elections.

And, even with this, America demanded Duvalier’s collapse, the Nation’s collapse, with no real plan for any future. It resembled a high school approach to some student’s lab experiment.

Unfortunately, in these experiments – NATIONS DIE! 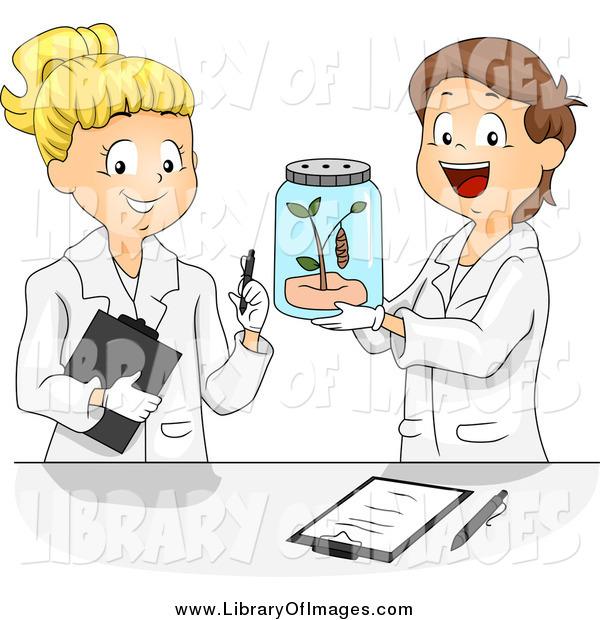 America likes overnight action, never willing to plant a seed, water it, and wait for the growing process to take place. One plants corn and it takes 90 to 120 days to ripen.

And one must start with good seed, in order to harvest a good crop. The Aristide/Lavalas seed was flawed from the outset and continues to generate a failed harvest. 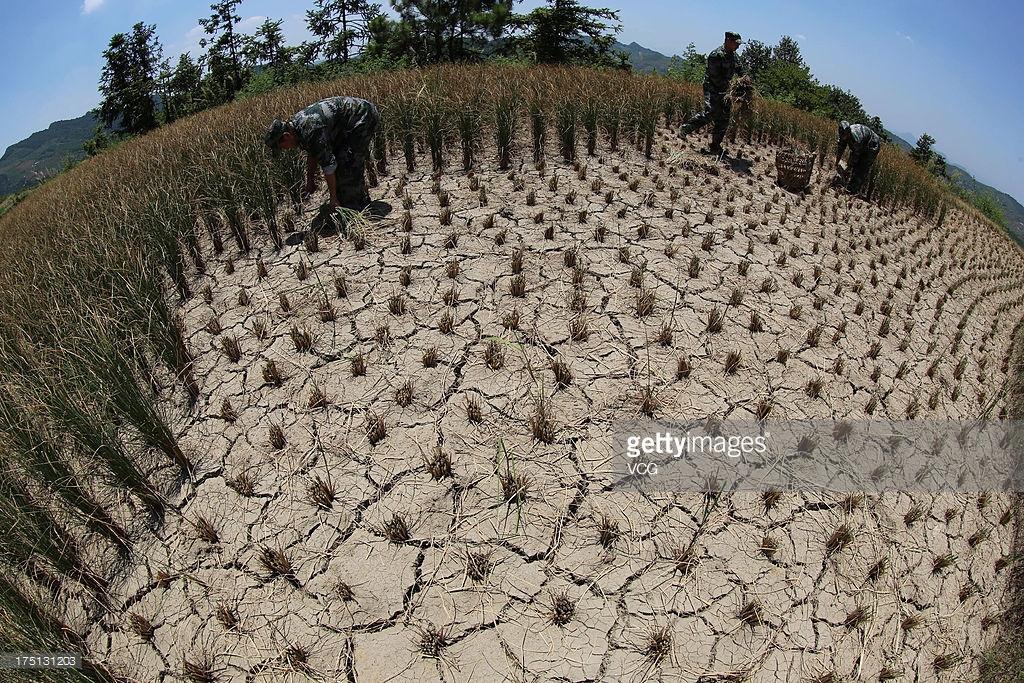 Democracy must also be nourished and cannot be expected to succeed overnight. But the Americans required  instant gratification so Duvalier was sent into exile and Haiti was thrown into a turmoil that survives today.  Duvalier should have been brave enough to hold “free-and-fair” elections that would have seen him win by landslide and still be in the Palace today.

The Move to real Democracy was instantly derailed when Henry Namphy – under pressure from our American friends – blocked the participation of a Duvalier political party in the new electoral process. This, in effect, disenfranchised Haiti’s majority since – contrary to popular opinion in Washington – Duvalier was popular and the Duvalierists would have swept a “free-and-fair” election in 1987. 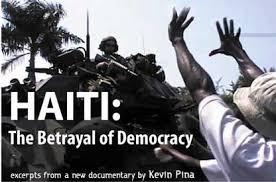 Americans only wanted “free-and-fair” elections if their man won. And they picked a truly flawed seed: Marc Bazin! 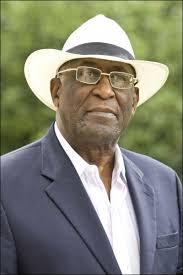 Ambassador Preeg had convinced the Americans that Marc Bazin, the World Bank Functionary and Parisian ball-room dancer, was the guy Haiti’s masses wanted.    This was a huge mistake and opened the door to a Lavalas win when Marc Bazin’s true popularity saw him win a staggering 12%, effectively ending Preeg’s State Department career. 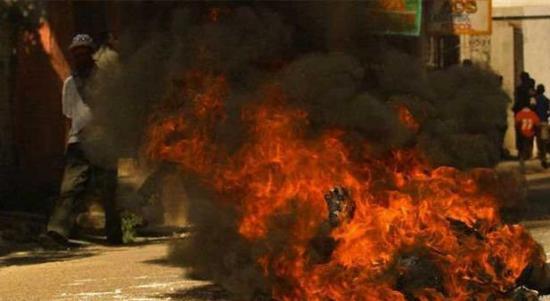 Aristide’s government launched with “necklacing” closed ministries and chaos. From  day one, Aristide accelerated towards a melt-down. By September 29, 1991 the bubble burst and Aristide flew into exile, unwanted by even his own parliament. 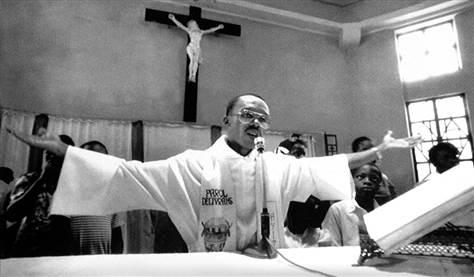 There was no coup. Simply a nation that had had enough and rejected a crazed priest. Parliament called for elections on December 16, 1991, as required by the Constitution and Judge Nerette filled in as Provisional President. The entire situation would have been solved, Democratically, by December 16 and Aristide would have been “history.”

George Bush, with a knee jerk reaction, not bothering to check with his ambassador in Haiti, insisted Aristide be returned to power. And so we faced an Embargo Period that saw Haiti’s economy destroyed, 100,000 assembly jobs stolen by our OAS brothers, thousands of children starved to death – all for America’s warped concept of Democracy. 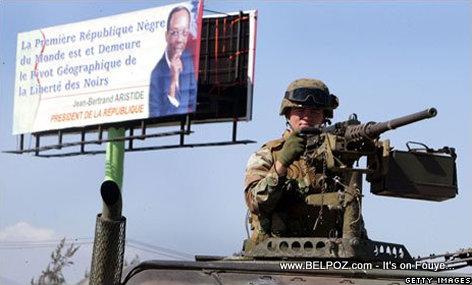 The Americans had the OAS and UN violate their charters to invade Haiti, inflicting more Aristide/Preval chaos.

At some point, the Americans recognized a Truth and created a situation under which Aristide would be controlled, after his return. The Governors Island Accord was creted so ht Aristide would return and be controlled by our FAdH – Forces Armees d’Haiti, until the December, 1994 elections selected a new government. 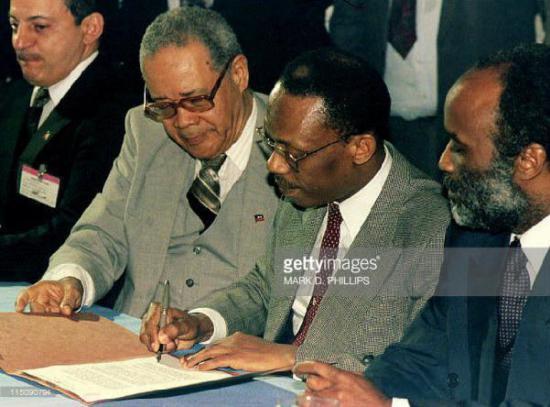 Aristide understood the weak spine of America when pressed: Aristide managed to have the American general, controlling Haiti, go along with a concept that saw the FAdH eliminated and elections delayed until Aristide was guaranteed control.

AND THE AMERICANS SAID NOTHING!!

God gave Haiti an earthquake that could have been the initiator of a new country. Instead, American agencies coordinated the $12,000,000,000 in funding that poured in to rebuild Haiti. This coordination saw most of the cash stolen ‘legally” by the Clinton Foundation and other big groups like the Red Cross. 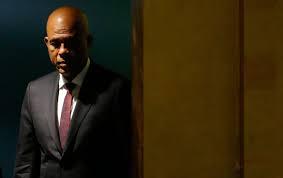 Michel Martelly broke the chain that focused the Mob on Aristide. Martelly provided the true bridge to a Democratic Process that could/should save Haiti from Lavalas, but his opportunity is being wasted.

Now we have President Trump calling Haiti a “Shithole Nation.” On this basis he has revoked the immigration status of over 100,000 Haitians, disrupting their lives by throwing them back into the Haitian chaos.

Someone must pay the Piper.

Taiwan may provide another God given opportunity to gain some chips at the poker table of life.

We miss the point, in our approach to the Taiwanese/PRC situation. It isn’t a question of which “China” will do the most for Haiti, which will give the biggest bag of instant cash!

It is a question of what it is worth to the Americans to deal with the geopolitical threat of Mainland China in the Caribbean.

Haiti has some big long-term bargaining chips in this poker game of geopolitics. Look at Trump’s surrender to Mainland China’s demand he make concessions to their giant cell phone company, after Trump placed economic sanctions against them.

Haiti might negotiate for its citizens who face deportation. 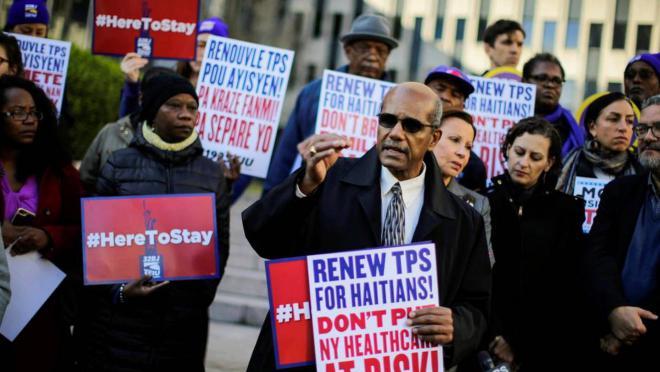 Haiti might negotiate for long-term supplies of petroleum, replacing PETROCARIBE – from America’s oil reserves. They don’ want us to support Venezuela. How about a commitment to supply our petroleum requirements.

Haiti might negotiate for a well-structured assistance program, to create infrastructure and generate local business opportunities.

Haiti might negotiate for teams of American military engineers to use Haiti as their focus for construction projects. The military often had exercises that create roads, bridges, schools, hospitals. WHY NOT FOCUS ON HAITI? 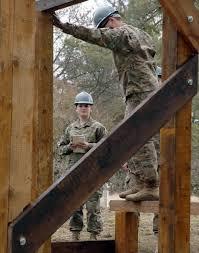 Haiti might negotiate for 300 Marines whose presence would create an instant stability in the Nation, allowing our government the opportunity to do some things that must be done, no matter who is in the Palace..

Negotiations are limited by only our imagination.

All too often our leadership, in business and politics, is swayed by threat to revoke American Visas. Haiti must regain control of the game. Well, actually, we have never had control but it isn’t too late. 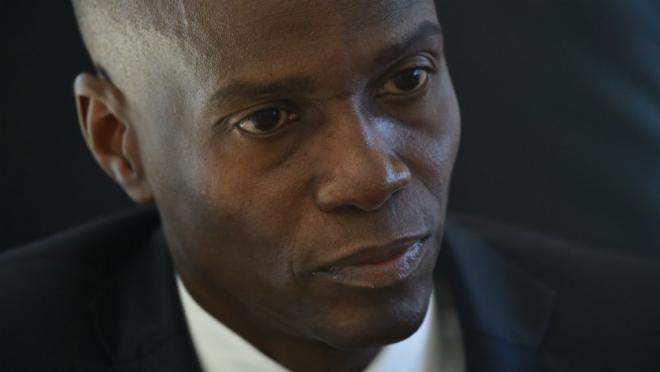 THEY DEPEND ON OUR PRESIDENT. 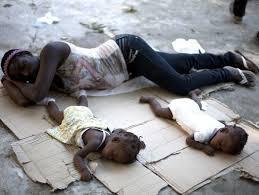