It is a heritage of colonialism that its predatory economic systems outlast its victims’ independence declarations. And so today, paradoxically, slavery remains the top export of Haiti, the country that first broke its shackles.

The sale of unskilled Haitian labor from sweatshops and sugarcane fields to traditional colonial powers is well documented. Less well known is the current dissipation of Haiti’s middle class toward the emerging powers in the United Nations’ so-called peacekeeping mission (MINUSTAH), especially Brazil. Any sovereign republic would regard its middle class as being an investment not to be trifled with: a wealth to which one clings until the last battle. But Haiti is no longer a sovereign nation, and there are many reasons for this. One of these is that the Haitian ruling class is so lacking in creativity that it will cheerfully squander the little that is left of the country’s middle class to increase the government’s take of foreign remittances and taxes on international phone calls. The advantage to the foreign invaders is that the population that would be most incensed by their presence becomes disenfranchised, scattered and disempowered, to be replaced by a group of settlers from non-governmental organizations (NGO). 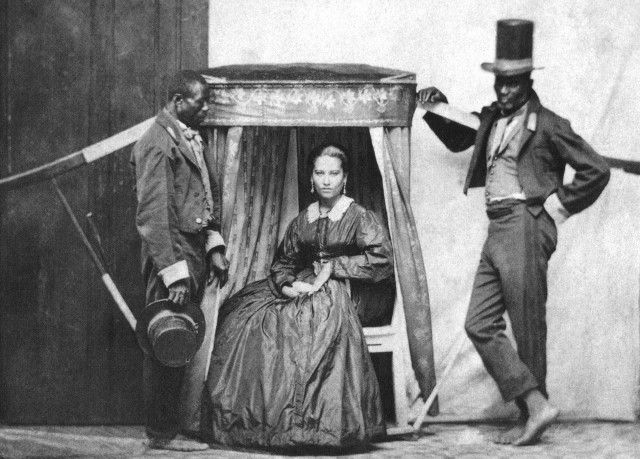 About 76,000 Haitians have migrated to Brazil since 2010. This exodus has reached a rate of about 75 Haitians per day and continues to accelerate. Ninety-three percent of the Haitian migrants are between 19 and 45 years old; seventy-seven percent are male. The demographics of this group alone should give one pause. Historically, young male migrants have been brutally exploited, especially for dangerous construction work, and treated as being expendable. For example, the Chinese workers who built the United States railroads between 1864 and 1869 were, in some cases, lowered from ropes against the steep slopes of mountains and canyons, to chisel holes and place dynamite in them to prepare areas for drilling and blasting. Many were killed by the crude explosives of the times, which were mixed on site to drill the tunnels, sometimes through granite; others perished from blizzards and avalanches as they worked through the winters. Like the Chinese in 19th-century US, most Haitians who migrate to Brazil today wind up in the most dangerous jobs in Brazil’s construction of mines, buildings, stadiums, highways, bridges, and hydroelectric dams. 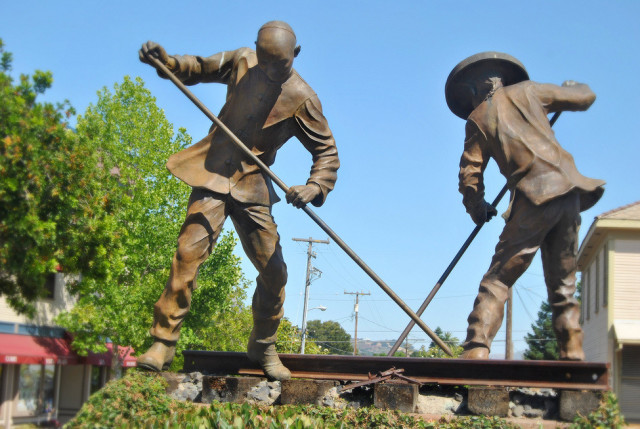 A survey of 340 Haitians in May 2014 by Puc Mines, in partnership with the International Organization for Migration (IOM) and at the request of the National Immigration Council (CNIg), revealed that nearly all of the immigrants are literate, with most having some primary education and the rest being highly educated. “We are winning the presence of teachers, judges and entrepreneurs here,” boasted the survey’s research coordinator, Duval Fernandes. 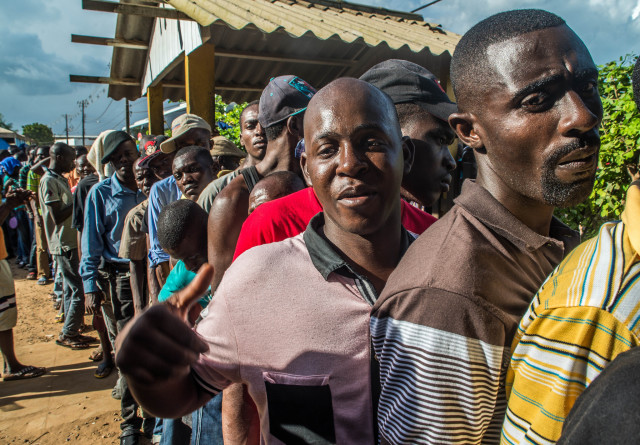 In the Brazilian news, the migration of Haitians is always attributed to homelessness from the January 12, 2010 earthquake. A corollary of this notion is that the acceptance of Haitians by Brazil is a humanitarian gesture. This does not hold up to a close examination. In 2010, when Haitians were most desperate for housing, Brazil granted only 475 humanitarian visas to Haitian immigrants. The issuance of humanitarian visas to Haitians began in earnest two years later. This was occasioned mainly by a Brazilian workers’ revolt that started in March 2011. It began when a worker at Jirau Hydroelectric dam, being built by the French company GDF Suez in an isolated jungle, was not allowed to visit a sick relative 80 miles away in the city of Porto Velho. Workers burned 60 buses and several buildings, including the lodgings for 16,000, and then they undertook a prolonged strike for better wages, better transportation and permissions to visit home. In April 2012, the Jirau workers met and decided to end their 25-day strike when they got a 7 percent raise and other benefits, but a group of still dissatisfied workers torched one third of the housing that was left, including the lodgings for 3,200 workers. Importantly, these actions led to sympathy strikes that put a halt to construction projects throughout all of Brazil, include the Belo Monte hydropower complex and the Rio de Janeiro Petrochemical Complex (COMPERI). Furthermore, thousands of Brazilian workers quit their jobs and returned home, leaving the plants hugely understaffed. Elsewhere in Brazil, in some cases similar settlements were reached and work was resumed; in others massive construction projects had to be postponed. 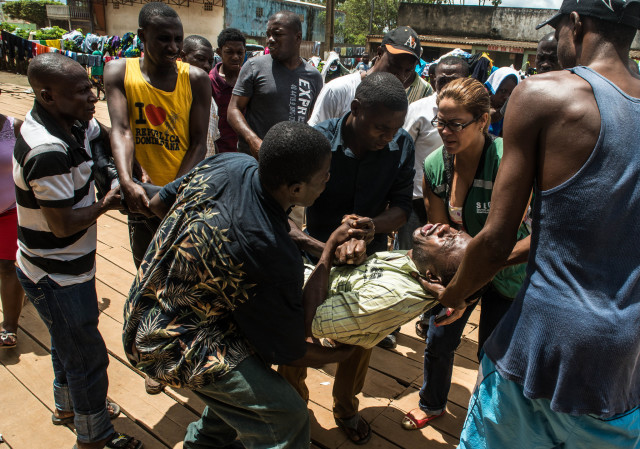 A brisk business of trafficking Haitians to Brazil began almost immediately after the workers’ revolts, with the rate in 2011 for a trip organized by a coyote being $5,000: a cost that was well beyond the means of the many Haitians who were sheltered in tents after the earthquake. The 3,700-mile trek would begin with travel to the Dominican Republic; from there, the Haitians would be put on a flight to Ecuador, where a visa was not required. After this, they were taken by bus into Peru, where a visa was also not needed before 2012. From Peru, they would enter Brazil, in the northwestern state of Acre. Since a visa was required in Brazil, they would then travel by bus or taxi to the nearest office of the Brazilian Federal Police, usually in the city of Brasileia, and apply there for a visa. Over 40,000 Haitians have been trafficked in this way, starting with only 37 individuals in 2010; increasing rapidly to 1,175 during 2011; and continuing to accelerate to more than 9,000 for the first half of 2015. 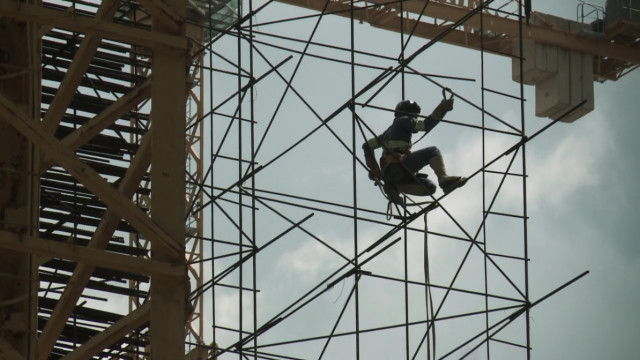 Simultaneously with the start of the illegal traffic of Haitians, powerful Brazilian interests began to clamor for a legal admission of large numbers of Haitians, with support from human rights groups. At a senate hearing in late December 2011, several powerful senators with interests in construction lobbied vigorously for a liberalization of Haitian immigration. Among them was Senator Jorge Viana, whose brother, Tião Viana, was the governor of Acre. Senator Viana proposed that Brazil should legally admit 10,000 to 30,000 Haitians. Within about a month, President Dilma Rousseff visited Haiti to announce that 1,200 visas would be granted from the Brazilian Embassy in Port-au-Prince every year for the next five years “to Haitian families.” This limit was discarded in 2013, when Brazil issued more than 5,000 visas to Haitian immigrants. In 2014, the number of visas increased to 6,000. By October 2015, Brazil was issuing more than 2,200 visas per month, all presumably for humanitarian reasons! Furthermore, by pressuring Peru to require visas from Haitians, and Ecuador and Bolivia to prosecute their human traffickers, the Brazilian government managed to outcompete the illegal traffic of Haitians with its own legal traffic of about 36,000 Haitians between 2010 and 2015. Mr. Tião Viana is now alleged to have been involved in the Petrobras scandal, a convoluted scheme to launder about $3.8 billion that had been embezzled over a decade, from inflated construction contracts, for bribes and kickbacks. Ms. Rousseff is under threat of impeachment for her failure to stem the corruption. 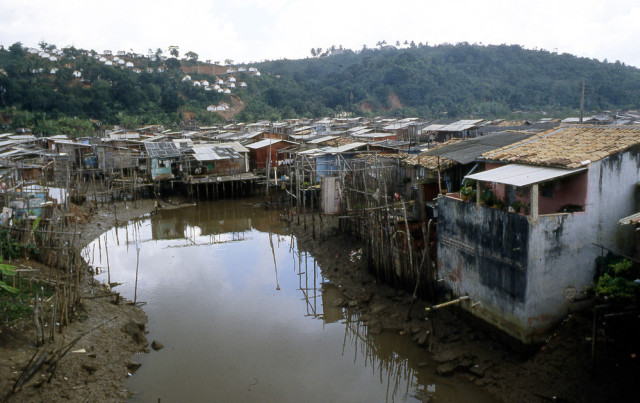 Along with the immigration of Haitians as scabs and low-wage workers into Brazil, there has been an increase in the country of cases of slave labor and debt bondage, most of which have not become public. In November 2013, however, an inspection by the Brazilian Ministry of Labor and Employment resulted in the rescue of  100 enslaved Haitians from the mining company Anglo American and its subcontractor, the construction company Diedro. The workers had been living in lodgings that were under construction, in the city of Conceicao do Mato Dentro, in the state of Minas Gerais. According to inspector Marcelo Gonçalves Campos, “one of the houses was like a slave quarters from the colonial period. It was absolutely awful. Basically, there was a large space with wood stoves. The construction was not even masonry.” According to an investigative report by Stefano Wrobleski of Reporter Brasil, the food was of such poor quality that some of the workers had stomach bleeding. When questioned, the Haitians said they had been banned from leaving work for three months, because they had to pay their transportation (about $100) from Acre to their work site. 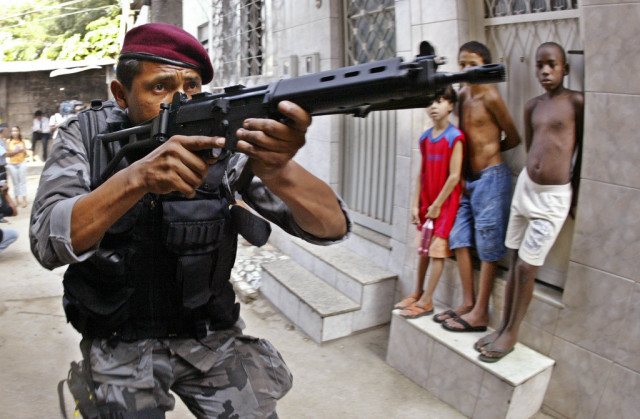 In another scandal, also described by Wrobleski, 21 Haitians were rescued in June 2013 from a site where they had been living without enough beds for all of them, and they often had no water. They had been building a residential complex financed with funds from the federal housing program, Minha Casa, Minha Vida (My House, My Life) for a third-party contractor, Sisan Engineering, which, until the inspectors showed up, had apparently fired them without paying their salary after two weeks of work. Such scandals about the finance of slave labor with public money have become legion in Brazil. Most of the victims are poor black Brazilians, but more and more cases of similar exploitation of Haitians in other cities, like Rio de Janeiro and Sao Paulo, by contractors financed by Minha Casa, Minha Vida projects are being uncovered. The difference between the Haitians and the Brazilians who are rescued from such slavery is that the Brazilians get bus fares homes. The Haitians are not so lucky. 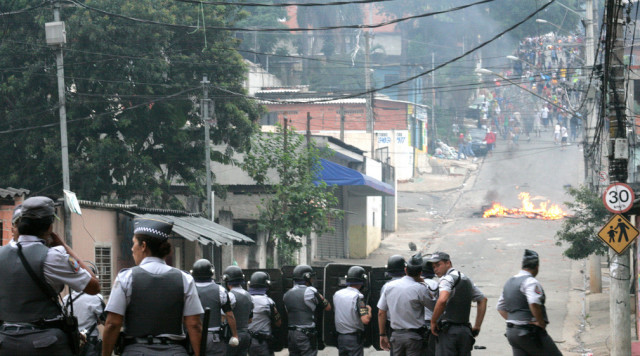 What future for Haitians in Brazil?

According to a 2010 census by the Brazilian Institute of Geography and Statistics (IBGE), people who are black or of mixed race recently became 51 percent of the Brazilian population. This majority is certainly not reflected in the political power of these groups, who earn half as much as white and Asian Brazilians. Blacks and mixed-race Brazilians are also underserved by their government. For example, sanitation is available in 87 percent of southeast Brazil but 30 percent of the north, which has the highest black population. None of these numbers, however, reflect the reality of a country where even middle-class whites universally barricade themselves in buildings with security guards and nine-foot high walls lined with barbed wire, and blacks are relegated to slums (favelas) in which whites are afraid even to drive. On November 11, 2015, the Brazilian government announced, with great fanfare, that it would grant permanent residence to 43,781 Haitian applicants. In the current recession that has seen the loss of more than 385,000 construction jobs in 2015 alone, and the atmosphere of racism that pervades Brazil, this is unlikely to do much to improve the lot of the 70 percent of Haitian workers who toil in Brazil without a work contract. Most such workers earn so little that they can barely send money home and eat enough calories to stay alive. Furthermore this decision by the Brazilian government will leave some 32,000 Haitians without permanent residence to the continued ruthless exploitation of Brazilian subcontractors. 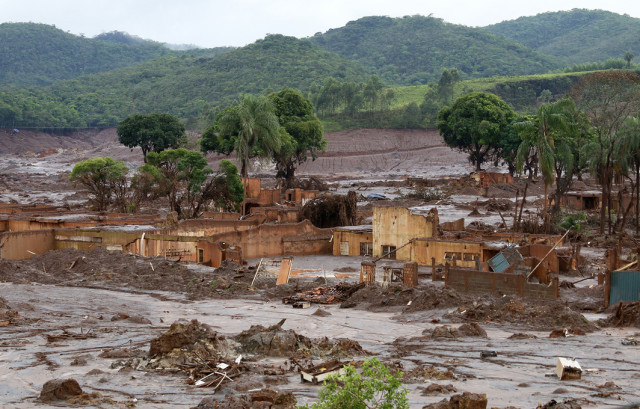 The original source of this article is News Junkie Post