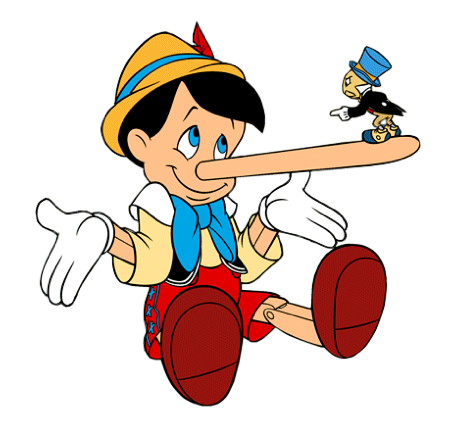 Haiti, a nation that always seems on the brink of some new peril, finds itself in a fragile state today, thanks, in part, to the threat from the next-door Dominican Republic to begin mass deportations any moment.

At this writing, it remains unclear whether the deportations are imminent, or may have already started under a program called Operation Shield. It is the result of a law passed last year that requires all foreign-born workers to register or face removal. To say that the program, rooted in the intolerant country’s attempts to expel even Dominican-born residents of Haitian descent, has not worked well is an understatement. It was supposed to single out only those illegal migrants who have turned up since 2011, but the registration process has been riddled with chronic delays. Reports of unwarranted deportations have been rife.

This would be a huge problem for Haiti at any time, but especially so at this moment because the nation, which shares the island of Hispaniola with the Dominican Republic, faces a host of tensions.

The most pressing involve squabbling over upcoming elections, where nearly 2,000 candidates are running for 138 legislative seats in August. This is a crucial milestone on the path to political and economic recovery because there is no functioning parliament. Elections are years overdue.

If all goes as planned, a presidential election would then be held on Oct. 25 to replace President Michel Martelly, who is ruling by decree. As is usually the case in Haiti, there are any number of ominous rumors floating about, the most dangerous of which is that the elections will be postponed in favor of a “transition government.”

Fortunately, the U.S. State Department’s Thomas C. Adams, special coordinator for Haiti, who has worked hard to get Haiti on the right path, did his best in a recent interview with the Herald’s Jacqueline Charles to quash that rumor. “I don’t understand where this is coming from.”

The United States has a vital role to play in shepherding the election process, without actually intervening. Mr. Adams has been careful not to cross that line; it is crucial that the United States not be seen as the unilateral arbiter of the evolving democratic process.

A proposal in the U.S. House directs the secretary of State to certify that Haiti is taking steps to hold free and fair elections and respecting the independence of the judiciary before any funds could be used to help that country. That is fine if it stops there — indeed, it’s important for Congress to take an interest in Haiti’s progress — but proposals by Sen. Marco Rubio in the Senate overreach. They would condition aid on “attempts to disqualify candidates” from office for “political reasons.”

This puts the United States in the position of overriding the decisions of a court in Haiti that has cleared 58 of 70 candidates who sought to run in the presidential election. In Haiti, these measures are seen as a response to the lobbying of former Prime Minister Laurent Lamothe, among those disqualified.

Clearly, the United States must not be seen as taking sides. Its role should be limited to letting Haitians themselves choose their leadership fairly, but not to dictate the terms of the election, nor to make the candidacy of any individual the deciding factor of what’s fair and what isn’t.

For now, the priority is to dampen the immigration debacle with the Dominican Republic. There are forces in Haiti that would seize any pretext to postpone elections, and an immigration crisis might well be just the thing

Nice editorial that draws some attention to the ongoing disasters in Haiti. Unfortunately, as with many pieces in the Miami Herald, especially when Jacqueline Charles name is mentioned, there are flaws.

“QUOTE”  If all goes as planned, a presidential election would then be held on Oct. 25 to replace President Michel Martelly, who is ruling by decree. As is usually the case in Haiti, there are any number of ominous rumors floating about, the most dangerous of which is that the elections will be postponed in favor of a “transition government.”

Fortunately, the U.S. State Department’s Thomas C. Adams, special coordinator for Haiti, who has worked hard to get Haiti on the right path, did his best in a recent interview with the Herald’s Jacqueline Charles to quash that rumor. “I don’t understand where this is coming from. “UNQUOTE”

In fact, the suggestion of an electoral delay came from Thomas C. Adams on May 22: http://www.haitian-truth.org/on-may-22-state-department-was-already-sending-signals-of-martelly%E2%80%99s-doom-replacement-by-transitional-government-added-commentary-by-haitian-truth/

“WASHINGTON, D.C. (sentinel.ht) – Less than three months before the first ballot is cast for elections more than four years overdue, the U.S. State Department said it judged the time “opportune” to change the electoral calendar.
The comments were made by Haiti Special Adviser Thomas Adams on Thursday and were unexpected, given that the Provisional Electoral Council (CEP) had not announced that it was considering any modifications, au contraire, had seven days earlier reiterated its intention to maintain the calendar in place.”

As is often the case, our American friends offer useful advice when the situation is obviously hopeless.  Even a blind man can see that the elections are not a realistic possibility. To force the issue will simply result in an expensive disaster.

Martelly is creating a situation in which a Transitional Government must be considered, due to his incompetence, dishonesty and refusal to keep his word at any given moment.

PWOMIS SE DET was a useful campaign motto that didn’t translate into the Martelly presidential concept.

Lamothe isn’t lobbying for anything other than the right for the Haitian people – the 10,000,000 people, with a voter base of some 3,500,000 – to vote for the candidate of their choice, no matter who it might be.

But the choice remains for the people.

If Obama tried this in the States, he would be impeached – IMMEDIATELY!!!

At the moment, Martelly is controlling who will be a candidate and, by doing so, controlling the outcome of what is supposed to be a free-and-fair-election.

The CEP is a criminal endeavor that would be prosecuted under the RICO Act in the States. The CEP has been paid  $5,000,000 in one instance.

This type of election cannot be held with Martelly in the Presidency.