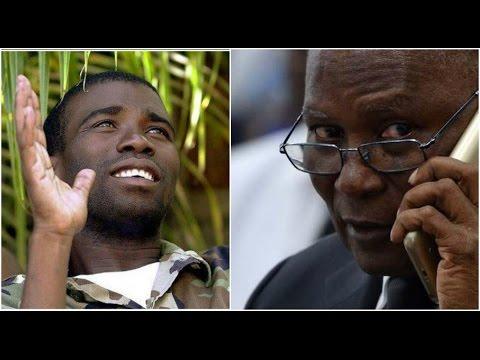 HERE IS AUDIO RECORDED FROM GUY

Privert promised a Lavalas government and he has never lost his focus, unlike many of his opponents who now declare victory before the battle has really started.

The one ongoing threat to the Aristide, Lavalas, Privert forces was/is Guy Philippe. In one illegal stroke, Privert removed Guy Philippe from the game with a fait accompli that presented our American associates with an impossible situation.

They really had no file demanding Guy’s arrest. Ambassador Merton was quick to state this situation was a Haitian action, not American. “People should look to Privert for an explanation.”

The Haitian authority had no arrest warrant on file.

But, Guy is still sitting in an American prison without any sort of effective legal representation.

In order to understand the effective propaganda campaign against Guy Philippe we must look at the current Privert/Aristide/Lavalas campaign against President Jovenel Moise.  It is based on the valid assumption that should you say something often enough, it will become an accepted fact.

Aristide is the master of repetitive reinforcement.

The attack has been handled brilliantly so as to extend over into his actual Presidency as the Judge comments to the effect that there must still be further investigation.

The old “where there’s smoke there’s fire” concept and it is working. The chant was picked up by tame members of the international media. Their work was then mirrored by others all over the world.

The Aristide/Preval team inserted false information into the DEA system, years ago. It was easy then. They were Presidents of Haiti, supported – blindly – by the now discredited Clinton team.

Unfortunately, after the Clintons were recognized as a pair of criminals, the system does not go back to correct the false stories, or errors their immoral, greedy, corrupt actions generated.

Guy Philippe was seen as a threat to Aristide/Preval and they moved to eliminate this threat.

The 2007 DEA assault on Guy Philippe’s home, in Pestel, was not officially authorized. The action was aimed at the arrest of Miragoane’s mayor for drug trafficking. Preval had the DEA team ink in Guy’s name.

Repetitive declaration of Guy’s guilt finally leaves an imprint in the minds of people.

The continued  claim that Guy is a millionaire presents the basis for people to rationalize he needs no help now.

At the exact moment Aristide flew off to Africa, people like  those making up Group 184 abandoned Guy.

The interim period has seen Guy become a formidable leader throughout Haiti’s South. He gained the support of his people there by working ceaselessly to better their conditions. The recent Hurricane Matthew saw him as one of the few effective leaders there, even as Privert blocked emergency support because Guy Philippe lived there.

We are now entering another dangerous period in which Guy Philippe should have played an important role in protecting Haiti from the dangers of Aristide, who works tirelessly to destroy any chance of a Democratic Solution.

When Guy was kidnapped there were some who stood by him.

Now Guy sits in a Miami Federal lock-up as his wife Natalie tries to generate support for her husband.

Will those who can help step forward to  provide Guy Philippe with a fighting chance to prove his real  innocence?

I hope that Time proves me wrong. 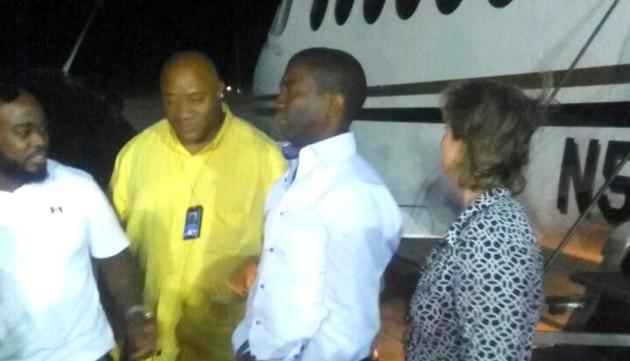 1 thought on “UPDATED-GUY PHILIPPE’S NEXT COURT APPEARANCE APRIL 3, 2017 – HAVE WE ABANDONED HIM- THE NATION’S PATRIOT??”