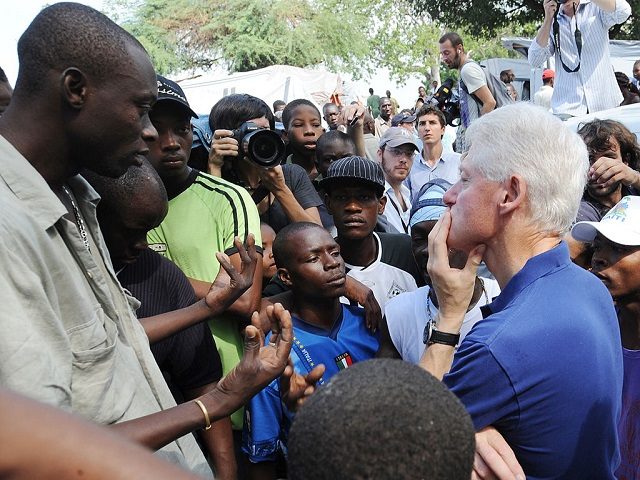 Bernard Sansaricq, former president of the Haitian Senate, issued a blistering statement condemning the Clinton Foundation, which has been posted at Donald Trump’s campaign website.

Sadly, when an earthquake rocked the nation of Haiti in 2010, corruption moved in faster than the help so desperately needed. Today, the people of Haiti are still suffering despite the billions of dollars that have flowed into the Clinton Foundation.

The Clintons exploited this terrible disaster to steal billions of dollars from the sick and starving people of Haiti. The world trusted the Clintons to help the Haitian people during their most desperate time of need and they were deceived.

The Clintons and their friends are richer today while millions still live in tents. The world deserves to know where the money went and why help was never sent.

The situation Sansaricq refers to is discussed in detail here, and also features prominently in Peter Schweizer’s book Clinton Cash: The Untold Story of How and Why Foreign Governments and Businesses Helped Make Bill and Hillary Rich.

Speaking at a Trump rally last Friday, Sansaricq accused President Bill Clinton of trying to bribe him. He said his visa was revoked after he refused the offer.

A group of Haitian protesters demonstrated against the Clinton Foundation’s actions in Haiti during the Democratic National Convention in Philadelphia.