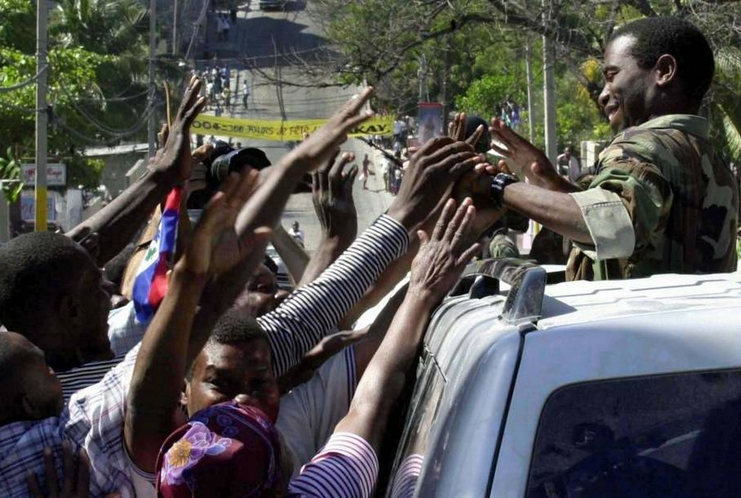 Ex-Haiti rebel leader and accused drug trafficker Guy Philippe is on the defense — from inside a Miami federal lockup.

Philippe, who was arrested Jan. 5 by the anti-drug trafficking unit of the Haiti National Police in Port-au-Prince and transferred to Miami within hours where he’ll face trial on drug-trafficking and money laundering charges, broke his silence over the weekend.

In a highly unusual move, he pleaded his innocence, called on supporters to continue demonstrating for his immediate return to Haiti and accused former classmate and Haitian Senate President Youri Latortue of heading the conspiracy leading to his unexpected arrest.

And he did it all in a three-minute recording that went viral on the WhatsApp messaging service.

“They have absolutely no proof that I am involved in drugs,” Philippe, 48, proclaimed in Creole from his jail cell in the Miami Federal Detention Center. “They are calling people in prison, offering to reduce their time, calling people in Haiti, offering them visas so that they could come testify against me to condemn me because they don’t really have any evidence against me.”

Mercedes Feliciano, a spokeswoman at the detention center, did not respond to an inquiry on how Philippe could have made the recording and whether he is allowed to use the phone from jail. Generally speaking, phone privileges for inmates are allowed, but recordings can only be made by prison authorities. Authorities do routinely record conversations. It is unclear who recorded the conversation.

Philippe was charged under an indictment that was returned by a federal grand jury 12 years ago and unsealed last month. It accuses him of cocaine trafficking and money laundering from 1997 to 2003. He could face up to life in prison if convicted. The U.S. Attorney’s Office also is seeking to recover $1.5 million in drug profits from him.

An ex-member of Haiti’s disbanded armed forces and a former police commissioner, Philippe rose to international prominence 13 years ago this month after leading a caravan of heavily armed militiamen into Port-au-Prince amid a bloody coup that removed then-President Jean-Bertrand Aristide from power Feb. 29, 2004.

Last November, Philippe was elected to the Haitian Senate to represent the Grand’ Anse region, in southwestern Haiti. He was arrested as part of an undercover operation just days before his swearing in. If he’d been sworn in as a senator, he would have had immunity from prosecution during his six-year term. Since his arrest, he and his supporters have tried unsuccessfully to obtain documents from the Senate to support an immunity claim.

Philippe’s wife, Natalie, who resides in the U.S., confirmed it was her husband on the recording. She did so in her own recording — a short video clip in Creole, released hours later also on WhatsApp and other social media sites.

Philippe’s defense lawyer, Zeljka Bozanic, also told the Miami Herald that “it was Guy. The statement that he made, it was obviously his voice.”

Bozanic would not say how Philippe made the recording from the highly secured Miami federal detention center. But mid-way through the recording, an unidentified male voice acknowledges him — “Mmm-hmm, mmm-hmm” — and Philippe ends the conversation by saying, “I’ll call you before an hour’s time … tell the guys to release it.”

Philippe’s trial, Bozanic said, is scheduled for the week of April 3.

Philippe starts his recorded declaration by saying that after his arrest by the Haitian police’s anti-drug trafficking unit, La Brigade de Lutte contre le Trafic de Stupéfiants (BLTS), as he left a radio station, the police spent three hours driving him through the streets of Port-au-Prince because supporters were following them.

“After, they placed me in a house they have in Tabarre,” he said, referring to a neighborhood not far from Port-au-Prince’s Toussaint Louverture International Airport. He was flown from Port-au-Prince on a U.S. aircraft after federal agents posed for photos with him on the tarmac.

“It was a total kidnapping,” he said.

One of the U.S. Drug Enforcement Administration’s most wanted men, Philippe spent more than a decade evading authorities until his arrest. But he tells a different story in the recording.

A U.S. official, who asked not to be identified, said there is no visa record for Philippe, and there was never an application filed under his name.

Not stopping there, Philippe then launched into a political attack.

“It’s a plot, a severe plot,” he said. “And at the head of it is Youri Latortue and the four Lavalas [political party] senators.”

Latortue, one of the most powerful politicians in Haiti currently, called the statement “a political maneuver.”

“It’s unfortunate that you have someone in prison, and someone is putting pressure on him to say something that isn’t true … to stop me from working,” Latortue told the Herald. He would not say who he thinks is behind Philippe’s attack against him.

On the recording, Philippe said that only the continued demonstrations of his supporters, who earlier this week demonstrated in front of the U.S. Embassy in Port-au-Prince demanding his return, can get him out of his “hole.”

“They are the only ones who can do something for me,” Philippe said of his supporters. “Remain mobilized.” 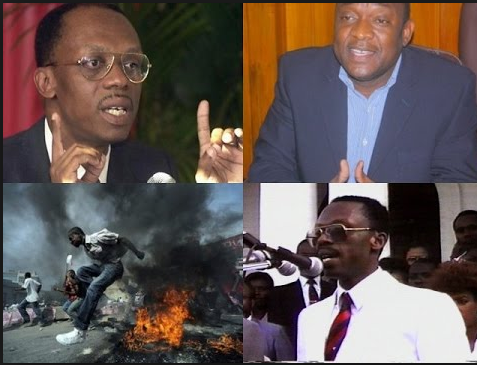 Guy, and 2 others received visas. They travelled. Guy didn’t.

There is no arrest warrant for Guy in Haiti.

J. Charles makes it sound like Haitian police drove Guy around for 3 hours.

Was driven around in American embassy car with Diplomatic plates. It took 3 or 4 hours for someone in States to decide to bring Guy to Miami. Entire fiasco was created by Aristide, Privert and Youri.

I hope the truth comes out and you can return to take your seat in the Senate.