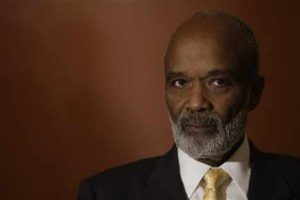 Over 1,000 members of the Forces Armees d’Haiti (FAdH) gathered in front of Haiti’s parliament today  as Michel Martelly plans to revive this dormant force, protected by Article 263 of  Haiti’s 1987 Constitution.

Ex-President Jean-Bertrand Aristide attempted the illegal and unconstitutional destruction of this important force since he feared its ability to block his grab for dictatorial power.

Aristide’s return to Haiti was predicated upon a reconstituted and retrained FAdH. The Americans recognized Aristide’s threat and wished to contain it. Unfortunately, they failed to realize his true goals and also failed to block his move that would see the FAdH placed in suspended animation  while he built the PNH – National Police force in his own image. Each office was personally chosen by Aristide. All officers trained in the United States were fired.

Martelly has promised to bring back law-and-order, giving Haitians the security they once knew before the 1986 departure of Duvalier.

Representatives of the FAdH will be present at the Michel Martelly inauguration on Saturday.

An honest observer – if there is such a thing – will realize how popular the FAdH was with the majority of Haiti’s 9,000,000 people. Only those who were threatened in their illegal projects – by the FAdH presence – stood behind Aristide’s illegal demobilization. 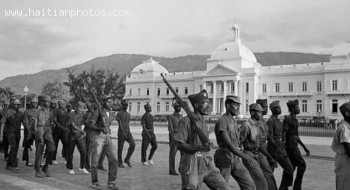