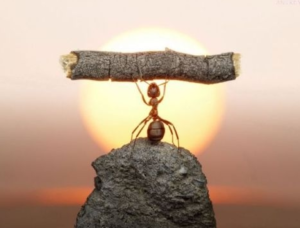 The cannons have been stolen from the 18th-century seaside fort in the city where Haiti declared its independence and the stones imported from France are commonly targeted by thieves.

But Haitian authorities and international experts hope to reverse the loss of such cultural heritage from the ruins of Fort Liberte and elsewhere, which they blame on lax supervision and weak laws to prosecute those pillaging Haiti’s historic sites.

“They are very significant sites. It tells a very deep history not only of Haiti but the entire Caribbean,” said Dan Rogers, an archaeology curator with the Smithsonian Institution who spoke Sunday by phone as he travelled to Fort Liberte.

Rogers is visiting Haiti along with a special envoy to Unesco to examine the country’s historical monuments and archaeological sites and develop a plan to better protect them, as well as provide additional training and expertise.

“One of the things that strikes me is that for a very long time there has been very little archaeological work in Haiti,” he said. “There’s room for expanding the strength of the laws that protect cultural heritage, especially antiquities.”

The visit comes as Haiti’s government pushes to develop the country’s nascent tourism sector and promote its archaeological heritage as it rebuilds from a devastating 2010 earthquake, with the Smithsonian Institution previously launching a cultural recovery effort to help repair artwork and train Haitians in restoration work.

The administration of President Michel Martelly has sought in particular to attract visitors to Haiti’s north coast, with Carnival Corporation planning to develop a port on a nearby island and American Airlines starting daily service from Miami to Cap-Haitien in October.

“We are very pleased to work in cooperation with Haiti … at this important time when the country is really trying to build a solid economy,” she said. “Haiti is a country that has to offer to the world a history, a culture that is very different.”

Haiti became the world’s first black republic after its independence was declared in November 1803 at Fort Liberte. Its imposing Sans-Souci Palace is located in northern Haiti and is a Unesco World Heritage Site. Researchers and Unesco experts are paying attention to a site off Haiti’s northern coast where a search has been renewed for Christopher Columbus’ Santa Maria vessel.

Jean said Haitians and foreigners alike need to be educated about such attractions, and noted she and others also were meeting with private collectors in Haiti to urge them to share what they have with the public and with schools, including artefacts from the pre-Columbian and colonial eras.