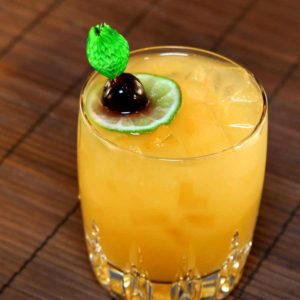 Security was no problem, over the three days of carnival, as the massive crowd behaved with good humor.

Unfortunately, there was widespread police brutality as officers struck out, at random people, with “Batons fer” – steel batons. There was also an incident – unreported in any state controlled media – in which a police officer, on one of the barricades, opened fire with an automatic weapon, injuring and killing carnival celebrants.

Many senior PNH officers were drunk on duty, as were many of their staff.

In fact, Chief Mario Andresol was very drunk on the last night of carnival and was in no condition to act when someone cut off electrical power to downtown Port-au-Prince. Some ,in the PNH leadership, believe Andresol was responsible for this outrage as a move to create chaos and force President Martelly to keep him on as Chief of the PNH. He and Martelly had a major argument shortly before the power was cut.

Andresol is lobbying for a renewed contract and traveled to Cap Haitian for meetings with Senator Moise Jean Charles. He hopes the Senator will work for him.

Andresol is telling everyone that the American Embassy is backing his continued retention as Chief of the PNH.

Two other names have been mentioned, as possible replacements for Andresol Jackie Nau and Godson Orelus, the Director of the Central Directorate of Judicial Police (DCPJ). Many believe that Orelus is an extremely good administrative officer, but not a leader. On the other hand, those who have known and worked with Jackie Nau, say that he has all the qualities to lead the PNH at a time when leadership is key to regrouping and retraining this important factor in Haiti’s life.

Anything would be better that an extended term for Mario Andresol who has allowed his ego to overwhelm common sense. He now travels with an entourage that exceed President Martelly’s in size and noise.

Time to select a new head for the PNH.

6 thoughts on “EVERYONE CONGRATULATES MARTELLY FOR CARNIVAL SUCCESS – ONLY PROBLEM WAS POLICE BRUTALITY SAYS ARTICLE IN LE NOUVELLISTE – MARIO ANDRESOL VERY DRUNK LAST NIGHT OF CARNIVAL, UNABLE TO ACT WHEN LIGHTS WENT OUT!!!”