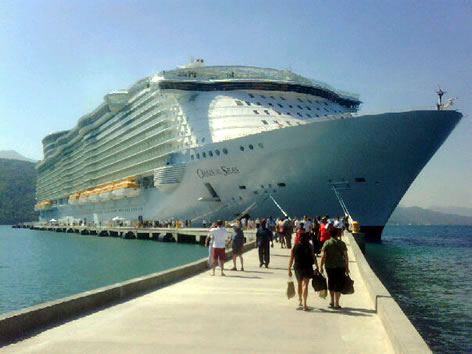 The recent increase in Haitian egg production has upset the Dominicans to the point they had planned a possible physical attack upon Haiti Broilers, a chicken/egg production outfit, belonging to Jamaica Broilers. So real were the threats that the American State Department warned the businesses.

The Dominicans have undertaken a Draconian deportation of people who cannot prove they arrived in the DR before 1920!!

And now the Dominicans, who depend on tourism for their economy, have launched an attack on the Haitian tourism sector.

This will send waves throughout the world’s tour industry. For many years, Labadee was sold as being Labadee….. with no reference to Haiti, so bad was our reputation.

Where were  our authorities?

All of the demonstrators should have been arrested – or drowned.

Instead, a few people are allowed to destroy things, for the Nation, as are a few allowed to derail the elections on January 24th. 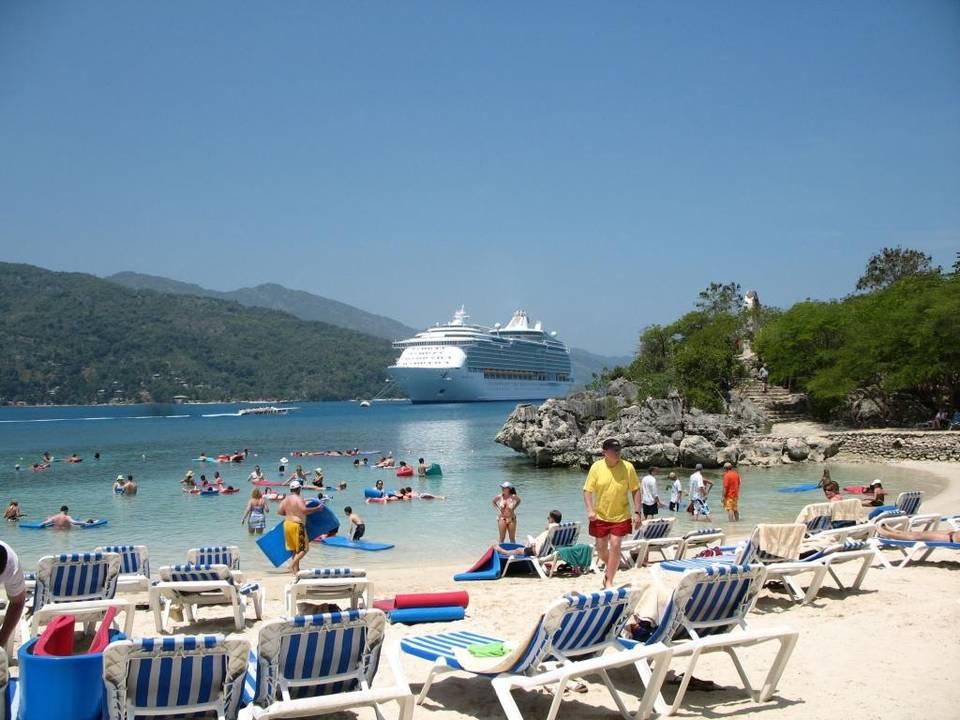 Royal Caribbean’s 3,634-passenger Freedom of the Seas canceled its scheduled visit Tuesday at the Haitian port of Labadee after the ship encountered a number of locals in small boats staging a protest, according to a company release.

“Although this protest was peaceful in nature, it was clear that if the protest continued, there would be a significant impact on our guests’ ability to enjoy Labadee,” the release stated. “We will continue to closely monitor the situation and are in close communication with local and government officials in Haiti. At this time, we have not made any decisions regarding future port calls to Labadee.”

Haitians have protested widely amid concern over the validity of fall 2015 presidential and legislative elections. Runoff elections are slated for Sunday.

The line’s next scheduled port call is Thursday, when the 3,276-passenger Navigator of the Seas is slated to visit the beach resort on Haiti’s northern coast.

Royal Caribbean leased the peninsula in 1986 and spent several million dollars there to develop a day port for cruise passengers with open-air dining areas, refreshments and marketplace selling locally made crafts. The company suspended visits in 1991 amid government instability and resumed in early 1995.