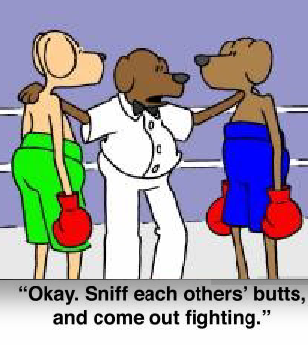 It has been a sad and sorry week for Haiti as the already fractious Martelly White House starts to disintegrate, even as the Nation slides towards a disastrously uncoordinated, criminally corrupt electoral process.

Martelly and Preval, with Aristide, in the background, have already planned the distribution of spoils from the vote next Sunday, even though fewer than 20 will probably turn out to decide who controls our destiny.

But that is the Martelly/Preval plan that will see a Senate and Chamber of Deputies chosen, and then have things frozen after that.

There will be no Presidential election.

Next Sunday is all you get!

Sophia and Roro Nelson are fighting with everyone, and so it goes.

Martelly is sniffing coke and this makes him paranoid. The paranoia leads to obscene outburst like the one when some poor lady asked about the lack of electricity.

The Nation is in neutral, as Martelly wobbles along on auto-pilot.

Some see the instability as an opportunity. One such player is Nesmy Manigat, Minister of Education, who has launched an open and aggressive streak of total corrupt actions, not caring who knows. If anyone complains, he can pay them to go away.

Manigat is sharing millions with the palace.

Haiti is rapidly sliding towards the abyss and no one is in the control room, steering the Ship of State.

And…. The International Community stands ready to validate whatever crime in committed with the vote next Sunday. They have done the same thing in the past – Aristide – Preval – so why should 2015 be any different.

Hope for the best and prepare for the worst.

The worst is about to happen!!!!