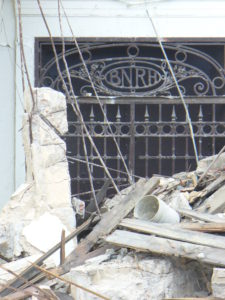 OTTAWA—Finance Minister Jim Flaherty is calling on developed countries to forgive Haiti’s debt so the country can concentrate on climbing out from under the rubble and not a mountain of debt.

Flaherty said Wednesday that when G7 finance ministers meet in Iqaluit on Feb. 5 and 6, he will also be urging the ministers to provide grants, not loans, to the earthquake-ravaged counrty, where as many as 200,000 are feared dead.

“Reconstruction assistance provided to Haiti by these institutions and international donors will need to be provided primarily in grant form to avoid mortgaging the country’s future,” he told reporters during a briefing on progress in Haiti.

Canada provides all of its assistance to Haiti — which is Canada’s second-largest recipient of financial aid next to Afghanistan — through grants and not loans,

It was also confirmed Wednesday the Canadian death toll in Haiti has reached 21 and that the second wave of Haitian orphans has arrived in Ottawa.

The Canadian government forgave $2.3 million in loans to Haiti, the poorest country in the western hemisphere, last September. With this relief, Canada has now cancelled $965 million worth of debt.

Flaherty said there will be a special plea to creditors Taiwan and Venezuela to “complete their own debt relief efforts” with respect to Haiti. In 2005, Haiti’s total external debt reached an estimated US$1.3 billion.

“International financial institutions, such as the Inter-American Development Bank and the World Bank’s international development association, also cancelled most of their existing loans to Haiti in July 2009, providing a total of $973 million in debt relief.”

Meanwhile, 52 more Haitian orphans arrived in Ottawa Wednesday afternoon. They were the second group to arrive in Canada in less than a week.

Immigration Minister Jason Kenney said Sunday that as many as 180 Haitian orphans at different spots in the adoption queue could be coming to Canada.

Since the earthquake, 2,869 Canadians have been evacuated from Haiti and of those, 2,500 have returned on Canadian Forces aircraft.

Currently there are 1,400 members of the Canadian Forces in Haiti helping with the recovery, including providing clean water and medical care.

“Providing medical care, of course, continues to be of high priority,” Defence Minister Peter MacKay said, adding that a Canadian Forces field hospital in Léogâne was 99 per cent complete and expected to be fully operational soon.

Bev Oda, Minister of International Cooperation, said that according to 14 Canadian non-governmental agencies as of late Tuesday afternoon, Canadians have donated $82.5 million, which will be matched by Ottawa.