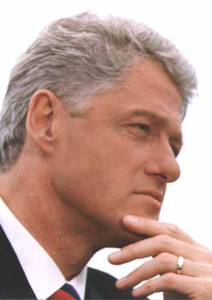 Political and Security Consultant on Africa, Latin America and the Caribbean

To this day, former U.S. President Bill Clinton remains one of the most respected if not revered politician of his home country. His personal charm is the stuff of legend in American politics, and his oratory continues to convey this special empathy that draws and wins people over to his side of a debate.

But, in Haiti, where Mr. Bill Clinton finds himself again in the eye of yet another one of that country’s ongoing political hurricane, for the second time in a little more than two decades, and this time in the aftermath of a crippling earthquake, the name of the former president evokes the image of a gentle American political giant whose naivety may lead into another mistake of historical significance, or worse, into a purposeful but unnatural act that creates a wide perception that the United States of America is encouraging and supporting corruption.

In his first encounter with the corrupt crowd of pseudo-neo-communists thieves who call themselves a government in Haiti and are still busy robbing their poor country blind, even after a devastating 7.2 magnitude earthquake, Bill Clinton was in his first round in the Oval office when his own entourage coined a neologism to describe these powerful Haitians who had exiled themselves in Washington, D.C., of all places, as well as their economic allies in their home country. They were called the world’s “Most Repugnant Elite” ( MRE ) and when then President Bill Clinton used an armada of about 20,000 of the finest U.S. expeditionary forces to impose their safe return to political and economic power in 1994, most Haitians regarded his decision as reflective of an “interesting” political naivety, the costs of which include the thousands of Haitians murdered through the years since, in political kidnappings and assassinations ordered by those still in power in Haiti.

With the exception, perhaps, of a few additions like Mr. Jude Celestin[1] and his former girlfriend, now his best friend’s wife, Mrs. Elizabeth Delatour Préval[2], and her former brother-in-law, Mr. Patrick Delatour, the current government’s minister of tourism, or Mr. Jean Max Bellerive, who maneuvered with great political dexterity to join President Préval’s club of gangsters, as prime minister of Haiti, the roster of crooks in power in that country should be familiar to Mr. Clinton. And, yes, this infamous roster also includes Mr. Leslie Voltaire[3], the ultimate neo-communist double agent, now worth a couple of hundred millions U.S. dollars. Is this a crowd that a former resident of the White House should be associating with? How would Mrs. Clinton, the U.S. Secretary of State react to news that her husband is being seen parading with the likes of Bernard Madoff in New York City, or Scott Rothstein in Miami, Florida, in the United States? Yet, unlike the serial and unrepentant criminals of Haiti, Madoff and Rothstein have not murdered anybody.

Yesterday March 27, 2010, it was reported that Haitian architect Ralph Romain was killed by gang members in Port-au-Prince yesterday, as he was trying to defend his wife and 3 children from kidnappers. Also today, Haiti’s Metropole Radio announced in his news broadcast that no less than 63 people died from gunshot wounds in the capital city of Port-au-Prince alone during the current month of March 2010 alone, ten times more than in the year preceding the Jan. 12 earthquake, when only 6 such deaths per month were reported by the morgue of the Hospital of the State University of Haiti[4]. For the same period of March 27, 2010, Doctors without Borders reported caring for over 50 victims of gunshot wounds, many of whom also later died. Metropole Radio went on to say that the U.N. Mission in Haiti’s assertions just 2 days before, that Haiti is more stable now than before the earthquake, were not simply wrong, but amounted to an outrageous lie.

In Haiti, such violence is political in nature, as any cursory understanding of the country’s history and culture will attest to. Unwittingly, may be, you are now swimming in the dangerous waters of Haitian politics, along with voracious and murderous political sharks who have also been stealing millions of dollars in aid from the international community for more than a decade now. Many of these millions come from American taxpayers. In the name of these taxpayers who elected you twice to the presidency of the United States of America, in the name of the thousands of Haitian-Americans who served and died as members of the U.S. military and on behalf of the high moral values and principles embodied in the U.S. constitution, for freedom and for true democracy in faraway places like Vietnam, Iraq, Afghanistan, and as proud Haitian-Americans, we would like to ask you, Mr. Clinton, to give an unequivocal message to these criminals who still call themselves a government in Haiti: America will not support the corruption they still maintain in a country that is now on life support thanks to the generosity of the international community.

It is time for competent and honest leadership in Haiti.

[1]According to Mr. Amaral Duclona, a notorious criminal and gang leader arrested in the Dominican Republic and remitted to French authorities for his assassination of a French diplomat in Haiti, he also kidnapped and murdered Mr. Robert Marcello, at the request of Mr. Jude Celestin, a profoundly intimate friend of President Préval and former boyfriend of the current First Lady of Haiti, to whom Mr. Marcello, who oversaw Haiti’s public bidding process for government contracts, had refused to give a contract worth U.S. $ 97 million dollars without a public and transparent bid. See: http://omegamilitaryconsultant.com/artman/publish/article_41.shtml

[2] President Clinton should wonder why Elizabeth Delatour Preval who is also the registered agent for DRC Group of Alabama in Haiti, as well as the Consultant for Vorbe et Fils , partly owned by her one time very intimate with Jean Marie Vorbe, did bypass every haitian company to give, without a bid, a contract worth U.S. $ 100 million dollars to DRC, Vorbe et Fils.

[3]Mr. Leslie Voltaire who earned his leftist credientials as a political activist on behalf of former president Allende in Chile, has leaned heavily on his friends in Haiti’s circle of friends in Haiti’s national palace, to amass a fortune estimated at U.S. $ 200 million dollars, and is now believed to have secured a contract worth U.S. $ 30 million dollars per month, through his connection to Mrs. Elizabeth Préval, Haiti’s First Lady, to remove earthquake rubbles from the devastated capital city of the country. It is troubling to find Mr. Voltaire as a prominent figure of the Haiti Initiative. See: http://omegamilitaryconsultant.com/artman/publish/article_86.shtml