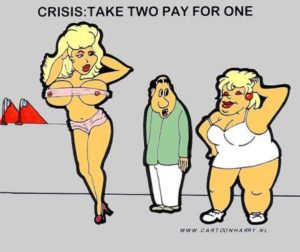 Lamothe had nothing to do with it, but his government fired wives of many Senators who had high paying non-show “Zombi Jobs”

When asked, Senator Privert’s wife replied, “I am a Senator’s wife and don’t have to show up…”  She was on the books for thousands of US dollars per month.

In fact, a number of Martelly friends were given jobs for which they had absolutely no qualifications. One of them mentioned this to Martelly and he told them to sit still, shut up and collect their checks.

Not much of a guarantee for an efficient governemnt.

Steven Benoit’s sister Guerda, ex-First Lady with Preval, and mistress to MINUSTAH chief, during Preval presidency has just been removed from he position as an officer at the Haitian embassy in Argentina. Seems as though the host government found her far too arrogant.  Perhaps she was doing her thing.