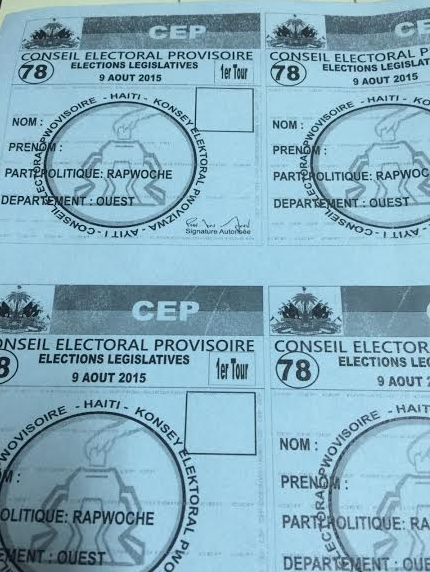 As we said, when the UN’s PNUD gave the ballot/election material printing contract, to someone in Dubai, there could be no effective control over the process.

Must have been some huge kickbacks there.

Imagine printing the ballots in Dubai!!

Tokyo is 1000 miles closer to Haiti than Dubai.

Stuff should have been printed in Miami where people could have viewed the process after a short American Airlines flight.

And, here it is Friday, materials are being viewed and errors are discovered.

There is absolutely no excuse for any sort of printing error, on something so important.

One error  sees a political party RAPPROCHE listed as 74 on ballots, instead of  78.

When you have spent your time, and money, beating the number 78 into illiterate people’s minds, they will be completely and totally confused when it comes time to vote.

Those who suffer the printing errors are effectively knocked out of the electoral process.

This election has been a screw up from day one as CEP chief Opont, and his team of criminals, accepted millions in bribes to influence things.

Now phone numbers and SMS details – for people to use in efforts to discoverer where they vote – are in error!!!!

Patience, we may soon hear that delivery of the voting material not possible because challenge was underestimated – again!

What use is this to the vast majority of Haitians, without electricity and absolutely no knowledge of computers!!!

Please, don’t make me throw up!! 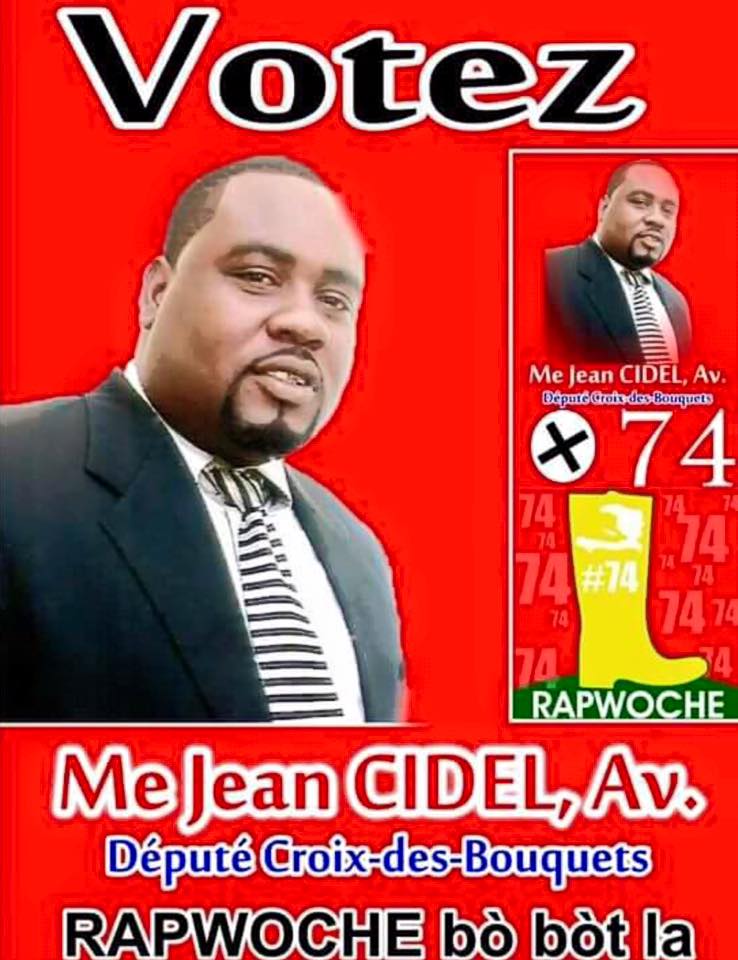