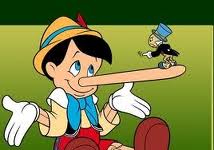 Arnel Belizaire, a thief, murderer and general all round criminal – who cannot travel anywhere, is accusing Prime Minister Laurent Lamothe of crimes in Africa.

Newton St. Juste, Aristide associate and criminal who – in partnership with Yves Crystalline, who was Minister of Social Affairs, took over $500,000 from the ministry account, using hand-written checks, within 4 days of taking control of the ministry…. Wants an investigation into Laurent Lamothe’s African activities.

There should be a full, and formal investigation into the criminal activities of Arnel Belizaire and Newton St. Juste.

Some time ago, we researched the various African reports that suggested questionable business practices, in Africa, by Laurent Lamothe. We were prepared to feature these on the internet.

However, the more we investigated, the more we realized that the entire African coverage had a political bias that was not based upon legal facts. In other words, we discovered that Lamothe was a pioneer in the cell phone industry in Africa and did much to develop this economic sector. He made money from this, but our investigations found no evidence of anything illegal. He may have been associated with some political figures and, when they were replaced by a new regime, a lot of mud was tossed around.

Lamothe aggressively challenged those who repeated these stories, demanding evidence that would be acceptable in real court systems, such as Canada and the United States.

There was none and those who had written libelous articles withdrew them.

So it should be with Arnel Belizaire and Newton St. Juste. It would be,  in a nation of laws that prevent criminal slander by individuals, and the media.

Unfortunately, Haiti is not such a country and these two criminals, with others, can permeate our society with their lies.

The Martelly/Lamothe government may have its flaws but their government is much better than any of the possible replacement teams, now sitting on the bench.

The Creole proverb – “Bad is better than worse…” fits  the situation.

Haitians must think very carefully before they support the lies of such people as Moise Jean-Charles, Arnel Belizaire, Newton St. Juste and others.

The media should discipline itself and avoid propagating this garbage.

We are not  optimistic.