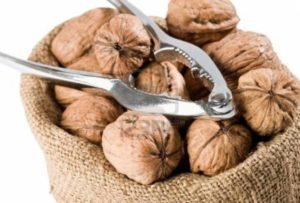 A federal judge Monday sentenced a former top official for Haiti’s state-owned telephone company to nine years in prison — after describing as “ludicrous” his testimony that the bribes he took from two Miami businesses were gifts for doing such a good job for them.

The judge’s finding of obstruction of justice, along with other factors such as the amount of the kickbacks, doubled Duperval’s sentencing under federal guidelines. Martinez ordered Duperval, 45, to pay the kickback amount to the U.S. government. The defendant used some of the money to buy his Miramar home and finance his three children’s Florida Prepaid College Plans, prosecutors said.

Duperval’s wife, Ingrid, tried to impress upon the judge that her husband was a U.S.-educated engineer from a prominent Haitian family headed by two doctors, and she wished Martinez had met him “under better circumstances.”

Justice Department prosecutor James Koukios offered a different portrayal, saying Duperval “was born with a silver spoon in his mouth.”

“And what did he do? He exploited that benefit” to obtain a high-ranking management job with Haiti Teleco and loot the country and line his pockets, Koukios said.

In March, a Miami federal jury found that the two telecommunications companies, Cinergy and Terra, secured discounted long-distance phone rates with Haiti Teleco due to the payoffs to Duperval. He was convicted of money laundering and conspiracy related to accepting the bribes.

Duperval, who was hired as Haiti Teleco’s director of international relations by then-President Jean-Bertrand Aristide in 2003, became the first Haitian government official to be convicted at trial by the Justice Department under the Foreign Corrupt Practices Act. The law prohibits American businesses from paying bribes to foreign businesses and government officials.

In March, Joseph’s father was fatally shot in the mouth in the capital of Port-au-Prince.

Venel Joseph, 80, the former governor of Haiti’s Central Bank during the Aristide administration from 2001-04, was killed outside his home by gunmen on motorcycles in a residential area. Joseph’s driver survived the ambush.

Because of security concerns, Venel Joseph’s body was brought to South Florida for burial.

The shooting occurred two days after The Miami Herald reported that the son, Patrick Joseph, had cut a cooperation deal with the Justice Department.

Patrick Joseph pleaded guilty in February to a money-laundering conspiracy charge, and agreed to testify about millions of dollars in bribes he claims to have shared with Aristide and other senior officials, according to legal sources familiar with the probe.

The country’s central bank owned Haiti Teleco and was used to distribute the kickbacks paid by the Miami businesses, according to an indictment.

Since the first Haiti Teleco indictment was returned by a federal grand jury in 2009, a dozen South Florida business people and Haitian officials have been charged in the high-profile case.

Profits from the lower long-distance phone rates were pocketed by the Haitian officials, not the government’s phone company. So far, seven of those defendants — including Patrick Joseph — have been convicted of corruption or money laundering.

Joseph, whose whereabouts in South Florida is a secret, is expected to be sentenced this summer.

A key witness at Duperval’s trial was Robert Antoine, who had served as Haiti Teleco’s director of international relations before Duperval. In 2010, Antoine pleaded guilty to conspiring to commit money laundering, admitting he took $1 million in bribes from Terra and Cinergy in exchange for lower phone rates, discounted costs and contract renewals.

At Duperval’s trial, Antoine testified after he left the government job, he worked as a consultant for Cinergy and facilitated payments from that business to the defendant. Antoine, who was sentenced to four years in prison, is expected to see his term slashed in half by the judge next week at the recommendation of the Justice Department.

2 thoughts on “ARISTIDE NEXT? A Miami federal judge sent a former top official for Haiti’s telecom company to prison for nine years in a bribery case that legal sources say is now focusing on deposed Haitian President Jean-Bertrand Aristide.”