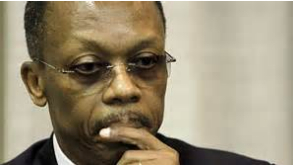 Like an epidemic of measles, violence has broken out around the nation, generating warning to tourists, by foreign embassies. A gang in Grand Ravine is fighting another in Martissant as they try to gain control of a large area. PNH are not interested in getting involved because the gangs are better armed than the police.

Some cynics suggest that much of the violence could be generated by MINUSTAH in an effort to justify an October extension of their $1,000,000,000 contract.

Lavalas is moving firmly to create problems for everyone and Aristide is spending a lot of cash.

The extradition, to Haiti, of two suspects in the murder of Jean Dominique has brought the final confrontation with Aristide closer. He has nowhere to run, since all nations have refused to accept him. Otherwise he would not be in Haiti now.

The Martelly/Lamothe government must be prepared to act bravely.

5 thoughts on “ARISTIDE EXPECTS ARREST IN DOMINIQUE CASE AND HAS SUPPORTERS CREATE CHAOS NATIONWIDE – OR IS IT MINUSTAH TRYING TO JUSTIFY EXTENSION OF OCCUPATION?”