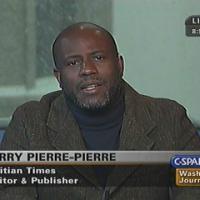 Jovenel Moise’s story sounded more like an American dream than a Haitian one. A year and a half ago, Moise, a political neophyte, was introduced to the Haitian public as the handpicked candidate of Michel Martelly to replace the outgoing president.

Here is the narrative that was spun for Moise. Moise is a self-made, dark-skinned man from the provinces. He came of modest means and went on to become independently wealthy. He was measured in speech and showed humility and humbleness. In short, he is the antithesis of the quintessential people who have risen to power in our politically and socially troubled homeland.

But there is another side to this yearn.

Now with less than a week before Moise is sworn as president of Haiti, we are learning that his narrative may be unraveling. Moise, has been accused of money laundering. Even by Haiti’s lack of respect for the rule of law, those are no small charges.

According to the Miami Herald, a judge is investigating a report by the government’s financial crimes unit indicating Moise may have laundered millions of dollars through at least one local bank, and a separate claim that he received special treatment to obtain thousands of dollars in business loans.

The investigation was initiated in 2013 after a bank contacted the financial crimes unit about suspicious transactions, said Sonel Jean-François, head of the unit that investigates money laundering.

This report was leaked in the Fall during the presidential campaign, but it received little traction until recently.

When I first heard of Moise and heard him speak, I was impressed. He came across as a humble man who is of the people and for the people. But there was something about his story that had me suspicious not only out of professional skepticism, but because Haiti has not shed its prejudices, and walls diving class and color remain as solid as a slob of granite. His story seemed to me like something created by political operatives familiar with American-style campaigning. Moise remained on message and kept his foot to the pedal during the race while other candidates vacillated when confusion reigned on the trail.

To be sure, we don’t know if Moise is guilty of these charges and am using the American standard that he is innocent until proven otherwise. But I am troubled by these accusations because once again, Haiti will swear in a new leader with his legitimacy being in question. If he is able to weather this storm, he will be most likely beholden to the economic elite. We know that this cabal has not had Haiti’s best interests at heart.

Furthermore, it makes fighting corruption almost impossible if those at the top are seen as a bastion of corruption. Having said that I am not sure that was a priority for this incoming administration anyway. But corruption has been one of the top evils bedeviling Haiti and has staunched any attempt at economic growth and social development. I spoke recently with a colleague who covers Haiti and she said that she is getting tired and bored after years of writing the same story again and again. I have been through that feeling a few times over the years.

I was optimistic about Moise. I thought he was a pragmatic Jean Bertrand Aristide. Someone who cares about the lot of the masses whose precarious existence should bother anyone with a conscience. But unlike his erstwhile predecessor, he seemed to be a consensus builder without the divisive language and the arrogance of the former priest turned president.

After these revelations, I have misgivings about Moise and whether he can truly lead this country that is so fractured and adrift. I don’t trust the system to allow him to rule fairly and redistribute wealth and make some inroads into improving the people’s lives. The rapacious business leaders in Haiti practice zero sum capitalism just like their political counterparts believes in zero sum politics. All of these zeros leave Haiti with nothing.

And so where do we go from here? Moise will be sworn in as president on Feb. 7 as mandated by the Haitian constitution. But his rule will be contentious and his administration will be weak and ineffective. I don’t mean to be a pessimist here, but my conversations with people on the ground in Haiti leaves me no choice. The situation is dour and the country lacks the key people in place to advance economically.

And Moise will take over the backyard of the destroyed palace at a time where the international community has turned its back on Haiti. They are experiencing Haiti fatigue as well, and Haiti’s only benefactor Hugo Chavez died nearly four years ago, whose country Venezuela, is having serious economic crisis of its own.

The guy that we just elected in the United States sits in Washington D.C. talking about cutting foreign aid because there is nothing in it for the U.S. Although that’s not true, it’s  for another column. The salient point is that there is not a hat filled with cash at the ready when Haiti comes calling. If you don’t believe me, see how the international community reacted after Hurricane Matthew.

And so if Haiti is to survive and improve its economic situation, it must reassure and convince foreign investors that Haiti is a sound place to do business and that the rule of law are respected and corruption is punished by the full extent of the law. With a president elect having faced his own accusations of corruption, the future for Haiti remains bleak. 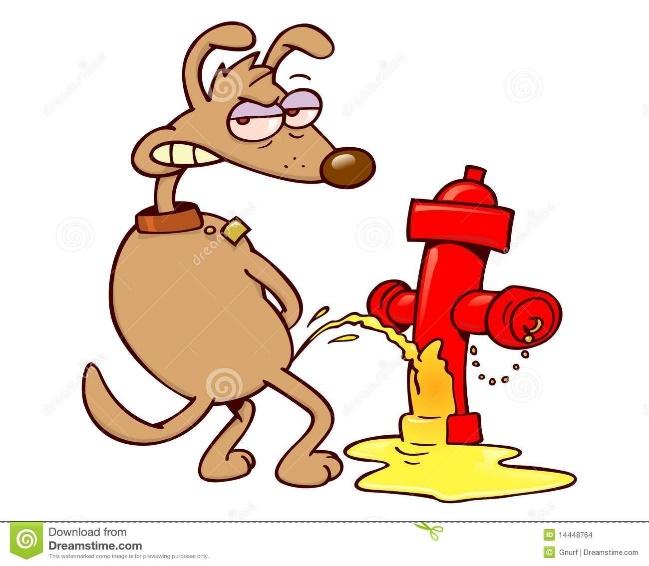 WHO WOULD WANT A PRAGMATIC ARISTIDE??!!!!

SOMEONE TO NECKLACE PEOPLE PRAGMATICALLY??? STEAL HUNDREDS OF MILLIONS USD – MAKE A FORTUNE IN COCAINE.

As we mentioned before, one can “Damn with faint praise.”

So it is with Garry Pierre Pierre.

QUOTE  “I was optimistic about Moise. I thought he was a pragmatic Jean Bertrand Aristide. Someone who cares about the lot of the masses whose precarious existence should bother anyone with a conscience. But unlike his erstwhile predecessor, he seemed to be a consensus builder without the divisive language and the arrogance of the former priest turned president.

After these revelations, I have misgivings about Moise and whether he can truly lead this country that is so fractured and adrift. I don’t trust the system to allow him to rule fairly and redistribute wealth and make some inroads into improving the people’s lives. The rapacious business leaders in Haiti practice zero sum capitalism just like their political counterparts believes in zero sum politics. All of these zeros leave Haiti with nothing.” UNQUOTE

So, Pierre Pierre was optimistic…… BUT!!…

The BUT looks back at the false inferences started by Jacqueline Charles in the Miami Herald.

Nothing is really said, but the inference is there without ever mentioning the fact that a balanced inquiry has shown no truth behind the accusations. The dossers were created by Lavalas/Privert/Aristide elements now controlling our ministries.

Haiti isn’t short of Freedom of the Press…. What it lacks is RESPONSIBILITY OF THE PRESS!!

Articles like Pierre Pierre’s are often written with the simple goal of being paid to stop. Some would consider this blackmail, and it would be in the United States.

In Haiti, it is just business as usual

A few who have read this article, and talked with me, suggest the situation should be cured with an envelope containing – perhaps – $20,000 – $50,000 – and a pro-Jovenel stance would result.  We don’t believe this, but the suspicion must remain, since those who suggest this have purchased good press in the past- ARISTIDE, PREVAL, CELESTIN, LAVALAS, PRIVERT…….. It is a competitive free-market

1 thought on “ANOTHER ZINGER!! GARRY PIERRE PIERRE FLIRTS WITH THE TRUTH!!Jovenel Moise to Assume Haiti’s Presidency Under Cloud of Corruption”