THE PHOTO ABOVE – ILLUSTRATING ARTICLE IS ACTUALLY ONE FROM 2015’S ELECTION CAMPAIGN – NEAT TRICK.

“WORKERS’ WORLD – Workers and oppressed peoples of the world unite!”

For the past few years, workers in Haiti’s textile sector have been struggling to raise their minimum wage from 350 gourdes (currently about $4.75) to 800 gourdes (about $12.50) a day and to have the eight-hour day respected by employers.

Haiti is one of the poorest countries in the world, according to U.N. statistics. Less than 30 percent of Haitians have a regular job, relying on catch-as-catch -can to survive. Still, inspired by May Day, workers in Port-au-Prince’s Sonapi Industrial Park, Carrefour neighborhood, at the airport, and joined by workers in the Caracol Industrial Park in northeast Haiti, walked out repeatedly in May under the leadership of their unions.

Even though police attacked the strikes, and the bosses and the political establishment, including President Jovenel Moïse, soundly condemned them, the bosses felt that enough wasn’t being done. Lost production cost them millions.

In an attempt to defuse the situation, President Moïse appointed a new council to study the minimum wage issue, with both union and bosses’ representatives included.

That still was not enough for the bosses. They fired 47 leaders of the job actions in Port-au-Prince and 15 leaders at Caracol. These workers were from a coalition of independent labor unions, GOSSTRA/CTSP, which represent textile workers and are associated with Batay Ouvriye (Workers Struggle), which fights for workers’ rights.

A letter signed by André Apaid, an owner of Interamerican Wovens SA, a textile company with 1,500 employees, justified the firings by claiming the actions of the union leaders forced the workers to go out. It ignored the real and substantial support for these strikes. Apaid was a leader of the Group of 184 which financed the 2004 coup against Jean-Bertrand Aristide.

The role of the United States in all these maneuvers and manipulations is not always obvious. It’s well known that these factories produce for large U.S. companies, such as Levi Jeans and Fruit of the Loom. But programs that give such factories special tax and customs benefits in the U.S. market, and the earlier U.S. State Department opposition to raising the minimum wage, are not well known at all.

In 2008, Congress passed a generous, duty-free trade bill called HOPE II. And the U.S. Agency for International Development provided technical assistance and training programs to Haitian textile companies to help them take advantage of the new legislation and low-cost manufacturing for companies like Levi Jeans.

In 2011, Haiti Liberté, based on secret U.S. Embassy cables provided by WikiLeaks, was able to establish that “The U.S. Embassy in Haiti worked closely with factory owners contracted by Levi’s, Hanes, and Fruit of the Loom to aggressively block a paltry minimum wage increase for Haitian assembly zone workers.”

Haitian workers must fight not only their own bosses and politicians, but the U.S. foreign policy establishment as well.

This problem is like Syphilis. It has apparent, obvious indications during the first stages. When ignored it seems to disappear. It then moves silently, unnoticed to kill you!!

Action too late is no action at all.

So it is with the ongoing labor unrest, generated by people funded with foreign dollars.

Like the OFNAC challenge, too little too late leaves the poison in place.

Our enemies  have several goals, economic and political.

On the Economic Front their goal is the theft of Haitian assembly jobs for Peru, Honduras and Guatemala. Billions of dollars, – long-term are involved.

The loss of employment will hurt Haitians, generating hunger, instability and unrest. This will move the Mob towards an explosion against Jovenel’s team.

The enemy waits to take over, which is the second factor in the equation.

The secondary goal is the destabilization, and subsequent collapse  of the Jovenel Moise Presidency.

Various agendas are in play. Most do not want a successful Jovenel Moise government. Many of these disruptive elements – like an ignored Syphilis Infection- remain unnoticed, below the surface, ready to kill the Patient – HAITI.

WHEN THE OSTRICH STICKS HIS HEAD IN THE GROUND HE LEAVES AN IMPORTANT PIECE OF HIS ANATOMY EXPOSED. 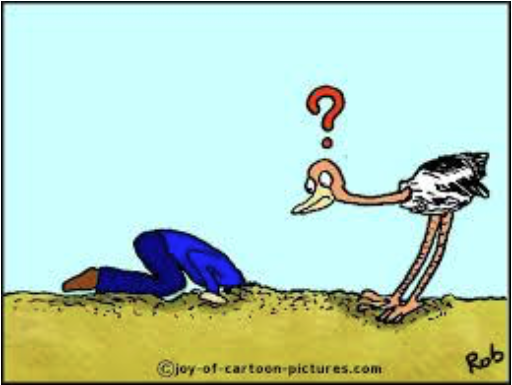 4 thoughts on “ANOTHER STEP IN OAS MEMBERS’ PLAN TO STEAL ASSEMBLY JOBS: Haitian workers strike for $12.50 a day”