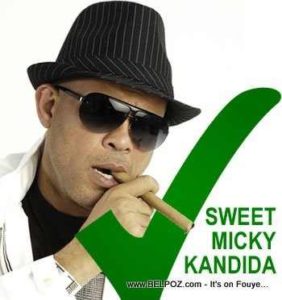 ALMOST three months after Michel Martelly took office as president, Haiti’s political affairs are still in limbo. The country’s parliament this week again refused to accept his nominee for prime minister, a prerequisite for a new government to be sworn in. Acting ministers, held over from the previous government, have not been to a cabinet meeting in three months, and are able to handle only day-to-day payments.

Haiti, the poorest country in the Americas, can ill afford this gridlock: decisions are needed to speed recovery from the devastating earthquake of January 2010, the hurricane season is entering its peak and children are due to go back to school next month. International officials responsible for the $10.2 billion in aid pledged after the earthquake are wringing their hands.

Haiti has been down this road before, with disastrous results. It went without a prime minister from June 1997 to March 1999. René Préval, the president then (and again from 2006 until this year) dissolved parliament in January 1999 and ruled by decree until elections the next year. Donors froze aid.

This time the root of the deadlock lies in part in the flawed general election of last November, which featured chaos and widespread claims of fraud; only 1.1m of a potential electorate of 4.7m managed to cast their votes. Mr Martelly only got on to the ballot for a presidential run-off, held in March, after the Organisation of American States and other outsiders stepped in and forced a recount in which he was found to have more votes than Mr Préval’s candidate. He won 68% in the run-off (but only 23% of the electorate voted).

Mr Martelly is a political novice. He was once known to Haitians merely as “Sweet Micky”, a popular singer with a reputation for bawdy stage antics. His foes point to his past ties to some unsavoury figures such as Michel François, a much-feared police chief accused of drug trafficking who was a key figure in a military coup in 1991 that overthrew Jean-Bertrand Aristide, a left-wing president. Mr Martelly’s supporters say that in those days such links were the price for being allowed to perform.

He was elected on a promise to break with the political instability and corruption that has dogged the country since the end of the Duvalier dictatorship in 1986. But in the parliament it is Mr Préval’s allies who dominate. Mr Martelly has not shown himself to be a builder of consensus—a necessity given his lack of support in the legislature. “He doesn’t understand cohabitation and he should realise that we were elected, too,” says Simon Desras, a senator.

That is an interesting comment- corruption since the end of the Duvalier dictatorship in 1986. In fact, the people really wish for Duvalier’s return. The common Haitians always loved Duvalier and this has been demonstrated since his return. Everywhere Duvalier goes, he is mobbed by peasant who want to reach out and touch hem. On the other hand, Pre val and Aristide are never seen in public and live in fortress-like conditions with dozens of heavily armed security people. Duvalier’s security is a couple of guys who drive around with him during his ongoing tours of the nation..

An important point   is overlooked here. People – meaning the American embassy – were so focused upon the presidency, and getting Madame Manigat elected –  that they ignored Preval’s open and deliberate fraud that saw his INITE take control of parliament. Control of parliament has created the existing problem. It was predictable, from day one, when other nations insisted on a new, fresh, untainted CEP – Electoral Council. Ambassador Merten had the opportunity to force this balancing issue but did not do this, refused to do this, avoided doing this. He said that Preval and the CEP members had guaranteed a fair election and he accepted their word. Merten was worried about the $29,000,000 ma new election would cost. This was, as they say “Penny wise and pound foolish.” Much more than this has already been sewered by Merten’s stupidity.

INITE did not win the election. They stole the vote and everyone knows this.

Mr Martelly’s first choice for prime minister was a successful businessman and fervent Catholic. When he was rejected the president proposed Bernard Gousse, a former justice minister who used the job to persecute political opponents, including some current legislators. Mr Gousse was rejected by the Senate this week.

Justice Minister Gousse was so balanced and fair that he thought murderers, kidnappers, thieves and drug traffickers deserved to be arrested and judged. It was not a case of political opponents . It just happened that the major criminals were all Aristide/Preval people.

Gousse was audacious enough tp arrest Prime Minister Neptune, and Interior Minister Jocerlerm Privert for their intimate involvement in the St. Marc/La Scierie Massacre is which people were machine-gunned from Aristide’s personal helicopter, while women, children and old folks were shot and beaten to death, while other were burned to death.

The evidence was clear but the climate did not support carrying through with a trial.

Gousse’s was feared by Preval, Aristide and INITE because he might was to have them face justice for small peccadilloes like dozens of murders, massive cocaine trafficking and specific crimes such as the theft of $198,000,000 from Petro Caribe Funds.

Perhaps because of his experience as a stage performer, Mr Martelly has hitherto gone down well with ordinary Haitians. But he faced his first protest in late July: he was pelted with plastic bottles and stones on a visit to Cap Haïtien, the country’s second city. He reacted by ordering an investigation into what he claimed was a plot to kill him. His friends say that while he is hard-working and a good listener, he is still adjusting to the demands of governing. “Sweet Micky should let Michel Martelly be the president,” says one of them.

It was an attempt on Martelly’s life and he made a mistake by trying to sweet this under the carpet.  It was not a popular demonstration. It was a demonstration bought and paid for by Senator Moise Jean-Charles, a murderer and cocaine trafficker who has managed to steal a seat in the Senate that gives him immunity from arrest.

They won’t miss next time.

Many worry that the vacuum could prompt unrest after four years of relative calm. UN peacekeepers have mounted raids in some of the rougher slums in Port-au-Prince, the capital, to keep criminal gangs in check.

Unfortunately, MINUSTAH cannot separate the gangs from people. (They are all black.) so the UN troops just spray everything with heavy machine-gun fire killing men, women, children, dogs, cats. In their attack, a couple of years ago, the MINUSTAH troops fired 20,000 rounds of heavy machine gun fire into Cite Soleir in 7 hours. It was a catastrophe and earned the UN an eternal hate of the Haitian people. Luckily the people aren’t Irish and do not have weapons, otherwise the present situation would be much different.

Preval personally controlled the gangs and probably still does. Once again it is money and power. Forget Justice or the right thing. These are foreign concepts to the Preval/Aristide team.

Another fear is donor fatigue. Only about a third of the $5.6 billion pledged at a donors’ conference more than a year ago has been disbursed. About 600,000 earthquake victims are still living in tent camps. Mounds of rubble have yet to be removed from the capital’s streets. “The amount of debris still littering the streets could fill 8,000 Olympic-sized swimming pools,” the UN Development Programme reported recently.

The comparison of 8000 Olympic-sized swimming pools is bizarre in a Nation that lacks water!

Donor fatigue is leading to the point – if it hasn’t already arrived. This will see people rationalize their way out of doing anything at all. Preval and Aristide do not care about this, or the well-being of 9,000,000 Haitians. They are only interested in power.

Some of those still in the tent cities see them as a better option than renting. And a lot of rubble has been cleared. By laying waste to much of the capital, the quake exacerbated Haiti’s pre-existing weakness of government capacity and infrastructure, points out Josef Leitmann, who manages the World Bank’s Haiti Reconstruction Fund. So Haiti has also fallen victim to exaggerated expectations Mr Martelly is working on a plan to shift the residents of six of the camps to new housing. But he will need to move fast. The patience of Haitians is not infinite, and neither is that of Haiti’s financial backers.

from the print edition | The Americas

1 thought on “A bitter baptism for “Sweet Micky” Political deadlock may trigger unrest on the streets and fatigue among donors, hindering the slow recovery from last year’s earthquake-Added COMMENTARY By Haitian-Truth”