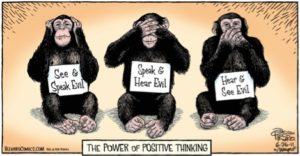 A federal bribery case in Miami may shed light on how a well-connected U.S. firm operated during the Aristide years.
The slaying of a former director of the Haitian Central Bank in Port-au-Prince last week might at first seem like a random event in a violent country. But the shooting of Venel Joseph at the wheel of his car looks more like a hit job. It comes just days after the Miami Herald reported that Joseph’s son, Patrick Joseph, is a key witness in a federal bribery case in Miami involving alleged kickbacks paid by American telecom companies to Haitian officials. The younger Joseph, according to Herald sources, has fingered former Haitian President Jean Bertrand Aristide as one of those officials. 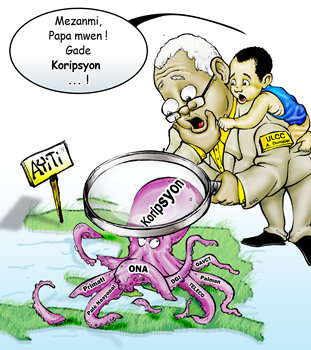 Patrick Joseph told friends that he did not give the Americans any information.

All he did was confirm evidence they already possessed.

In other words, the Americans have enough to indict Aristide ten times over.

Why don’t they do this and prevent Aristide/Preval/Lavalas/Inite/Lespoir  efforts to disrupt the Martelly/Lamothe government??

Aristide has insurance policies, in the form of dossiers that reflect payments to high-level personages within the Clinton administration and Congressional Black Caucus.

It is in no one’s interest to have the Martelly/Lamothe team collapse If this happens, we slide back into the darkness of the Aristide/Lavalas period.

1 thought on ““I HAVE SEEN YESTERDAY I KNOW TOMORROW” Inscription on wall of King Tut’s tomb SOMETIMES IT IS USEFUL TO REVIEW PAST, RECENT HISTORY – SO TAKE A LOOK AT THE FOLLOWING ARTICLE, AND THEN CONSIDER WHO SHOULD BE STANDING BEFORE JUSTICE FOR PAST, VERY REAL CRIMES AND NOT HAVE THE JUDGE VISIT TABARRE LIKE A PIZZA HOME DELIVERY SERVICE !!! ARISTIDE!!! ARISTIDE!!! ARISTIDE!!!”