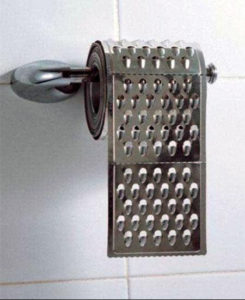 AS THE WORLD’S worst outbreak of cholera continues to ravage Haiti, international donors have averted their gaze.

Humanitarian relief groups, short of cash, are folding their tents. A pilot project to vaccinate Haitians against the disease, recently undertaken at a cost of $400,000, reached only 1 percent of the population, with no immediate prospect of expansion. Of the 100 or so cholera treatment centers that sprang up around the country after the disease was detected 19 months ago, fewer than a third remain.

The United Nations’ humanitarian coordinator for Haiti, Nigel Fisher, said this month that donors have so far met just 9 percent of the $230 million U.N. appeal for 2012 — not only for cholera but for a range of relief programs including flooding, tent cities and food insecurity. “It’s really quite disastrous,” he said.

Meanwhile, cholera’s deadly toll has mounted in the Western Hemisphere’s poorest country. Unknown in Haiti for a century before the first cases appeared in October 2010, cholera has now killed 7,100 people, infected more than 550,000 and hospitalized nearly 300,000.

It has also spread across the border to the Dominican Republic, killing more than 400 people there. Five percent of Haiti’s 10 million people have already been infected, and health experts estimate that 200,000 could contract the disease this year.

Epidemiologists now believe that cholera was unwittingly introduced in Haiti by Nepalese troops in the U.N. peacekeeping force, whose encampment lacked adequate sanitation facilities. After that, there was no mystery about the conditions that enabled the disease to flourish. Spread by water or food that has been contaminated by fecal matter, it raced through a country where just a third of the population has safe drinking water and fewer than one in five people have access to latrines and modern sanitation.

The tragedy is that the solution is equally well known but costly. Haiti needs modern water and sanitation infrastructure, an undertaking that might cost $1 billion. But while donors tend to respond generously to emergencies, such as the earthquake that devastated Haiti in early 2010, they lose interest in long-term fixes of the sort that would deal decisively with cholera.

Groups representing thousands of Haitian cholera victims have demanded millions of dollars of reparations from the United Nations, citing the disease’s introduction by the peacekeepers. But the United Nations’ money, if it manages to raise any, would be more profitably spent on a much more aggressive cholera vaccination program.

It would take just $40 million to administer oral vaccines to every person in Haiti. That’s about the same amount a U.S. presidential campaign collects in a month or a footwear manufacturer recently agreed to pay to settle charges that it exaggerated the fitness benefits of its shoes. But until recently, international health organizations dragged their feet on vaccines, worrying they might be too expensive or difficult to administer. They preferred a systemic infrastructure fix.

That’s simply indefensible. It may take many years to provide adequate water and sanitation systems in Haiti, but a two-dose vaccine that costs $4 per person can be manufactured right now. Granted, there will be logistical hurdles to overcome in procuring the vaccine, distributing it and ensuring it is properly ingested by a poorly educated, widely dispersed and largely rural population. But to do nothing in the interim is immoral.