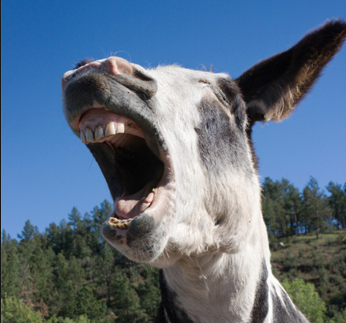 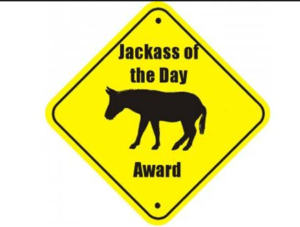 Rapper Wyclef Jean dropped some harsh criticism on Los Angeles County cops early Tuesday after he was handcuffed for “absolutely nothing” in a case of mistaken identity.

The Grammy winner said he might sue and has called for an investigation into police profiling. The Los Angeles County Sheriff’s Department, meanwhile, defended the stop as a six-minute “lawful detention” that was part of a fast-paced armed robbery investigation that ultimately led to two arrests.

Jean, 47, posted video of the incident on social media showing him in handcuffs beside a marked cruiser blocks from where cops say an armed street robbery unfolded minutes earlier in West Hollywood.

“You all see the police have handcuffs on me. They just took off my Haitian bandana,” the Fugees founder says in one snippet posted on Instagram. “The LAPD have me in cuffs for absolutely nothing.”

The video quickly went viral, racking up more than 20,000 views on Instagram.

A spokeswoman for Jean corrected his misidentification of the Sheriff’s deputies a few hours later and said the “Sweetest Girl” singer was standing by his claims of mistreatment.

“(Jean) was subject to police brutality, racial profiling, police bias and the ongoing discriminatory practices of law enforcement officials which remain rampant  throughout the United States and for which the LA Sheriff’s office is deeming a case of mistaken identity,” spokeswoman Melanie A. Bonvicino said.

She said Jean wants a “formal investigation into racial profiling” by local officials and the LA Sheriff’s Department and is calling upon the ACLU and Black Lives Matter “to join him in defense of civil liberties.”

According to cops, the singer fit the initial, vague physical description of the robbery suspect, and the vehicle he was traveling in also matched the suspect’s vehicle.

The LA County Sheriff’s Department later apologized for the mix-up but said the stop was within guidelines as they pursued the real “dangerous” subjects involved in the crime.

“It is unfortunate that Mr. Jean was detained for six minutes during this investigation, as he had no involvement whatsoever in this violent crime,” a Sheriff’s statement released Tuesday said.

Wyclef Jean claims he was arrested in a case of mistaken identity.

“The Los Angeles County Sheriff’s Department is apologetic for any inconvenience this process caused Mr. Jean. We are grateful we were able to apprehend the robbery suspects and that no one was seriously injured,” the statement said.

The department said the confusion started when a suspect robbed a man and a woman at gunpoint and stole their wallet shortly before 1 a.m. at a West Hollywood convenience store.

The suspect allegedly traumatized the two victims by pressing the firearm onto the man’s temple and pistol whipping them both, cops said.

The victims said their assailant fled in the passenger seat of a gold or tan, older-model Toyota or Honda sedan with paper license plates.

Jean was spotted a short distance from the crime scene as a passenger in a 2002 tan Toyota driven by a woman, police said.

When the car reached its apparent destination and pulled over, Jean and the driver got out as deputies approached, cops said.

The Sheriff’s Department claimed in its statement that Jean displayed “furtive movements” during the initial contact, such as walking toward the trunk of the car and “questioning why he could not get his things out of his trunk, even though he was clearly instructed by deputies not to approach the trunk.”

It said Jean was ordered several times not to place his hands near his pockets or his waistband.

Deputies conducted a pat down search and put Jean in the backseat of a patrol vehicle “out of an abundance of caution,” the department said.
“Jean not only had a similar appearance to the suspect, but he also had a red bandana like the suspect,” Sgt. Walker of the Sheriff’s Department told The News.

Officers ultimately determined the music artist was not a suspect and he was “immediately released,” according to Walker.

Jean said he was cuffed before being given the opportunity to identify himself.

“I was asked by the police to put my hands up,” he tweeted Tuesday morning.
“Then I was told do not move. I was instantly hand cuffed before being asked to identify myself. Nor was I told why I was being cuffed. In the process I said my name and told them they have wrong person,” he continued.

“I was appalled by this behavior of the LAPD,” he added, again misidentifying the deputies.

“We can confirm that we WERE NOT involved in that incident,” the tweet read.

The rapper was in a studio in North Hollywood with fellow artist T-Baby prior to the arrest. T-Baby said Jean left the studio to head back to his hotel about 1 a.m. and the video of the arrest was shared about 2 a.m.

“Next I hear there’s police with guns and he’s in handcuffs for ‘mistaken identity’ because he’s black and wearing a ‘bandana’ aka a Haitian flag,” T-Baby told The News. “This story is sad and redundant. When did guns and handcuffs become a perquisite (sic) of questioning?”

The real suspects in the robbery were arrested shortly after Jean’s stop, police said.

Sheriff’s officials said a 1995 gold Acura was spotted about four blocks away from Jean’s street detention, and deputies found a loaded firearm concealed inside along with the property stolen from the victims.

Torrion Falconer, a 26-year-old resident of Lancaster, was arrested and booked at the West Hollywood Sheriff’s Station for robbery, being a former convicted felon in possession of a firearm, possession of a stolen firearm and having a loaded firearm concealed in a vehicle, police said.

Dejuan Hooper, the 30-year-old female driver and a resident of Inglewood, was also arrested and booked for robbery and possession of a controlled substance.

When you read about Wyclef’s actions, when ordered to keep his hands in sight, and stay away from the trunk of his car, he is lucky they didn’t fill him full of leaky holes.

Bad for his image.

And about the bandana thing! I am sitting in Haiti and can’t remember seeing any guy with a bandana on his head in the past week, out of 12,000,000 people.

I saw a lot of folks with no shoes, no food and no Hope.