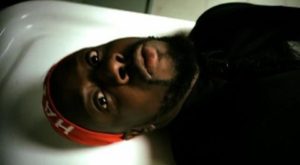 A ruling by Haiti’s electoral council that disqualified hip-hop star Wyclef Jean from running for the presidency is final and cannot be appealed, a council lawyer said on Tuesday.

The Haitian-born and U.S.-based singer-songwriter said on Sunday he would appeal against the provisional electoral council’s decision on Friday which rejected his candidacy for the November 28 election in the poorest state in the Americas.

Council officials said Jean, who left his homeland with his family at the age of 9 to live in the United States, did not meet residency requirements.

The 40-year-old musical celebrity has an enthusiastic youth following in Haiti and the dispute over his candidacy has raised some fears of tensions that could disrupt the country’s rebuilding after a devastating earthquake in January.

But apart from some small pro-Jean protests, the capital Port-au-Prince has remained largely calm and quiet.

Jean initially accepted the ruling and asked supporters to do the same. He has since launched a barrage of accusations via Twitter, Facebook and statements to U.S. media against the council, calling it corrupt and politically motivated.

Samuel Pierre of the council’s legal department told Reuters that, under article 191 of Haiti’s electoral law, rulings by the election authority’s disputes tribunal are definitive and cannot be appealed.

“Therefore there is absolutely no possibility for Wyclef Jean to be added to the list of candidates approved to run in the next presidential elections,” Pierre said. “So it’s over.”

Jean was one of 15 candidates disqualified from running to succeed President Rene Preval, who cannot stand again after serving two terms. A total of 19 candidates — including two former prime ministers, a former minister and a former first lady — were approved to run in the presidential election.

Electoral officials said Jean failed to meet a requirement that presidential candidates maintain five consecutive years of residency in Haiti prior to running.

The singer insists he presented documents to electoral authorities that demonstrate his five years of residency.

“I have spent half my life in Haiti going back and forth,” he told MSNBC in an interview on Tuesday.

Jean has said some of the approved candidates failed to meet the residency requirement but were accepted nevertheless.

Pierre said the electoral council was aware some rejected candidates believed they could appeal against the rulings.

“This is a waste of time because, when it comes to electoral matters, the electoral council is the Supreme Court, meaning there is nowhere else to go,” he said.

Pierre said the council had not received any formal appeal from Jean or his lawyers, although they may have gone to another legal body.

Jean says his celebrity status would make him an ideal “global president” who could attract aid and investment to Haiti after the earthquake, which killed up to 300,000 people and crippled the underdeveloped Caribbean state’s economy.

United Nations and Haitian police have stepped up joint patrols in the rubble-strewn streets of the capital, where more than 1.5 million people are still living in fragile tent and tarpaulin cities at the peak of the 2010 hurricane season.

The U.N. mission in Haiti has appealed to candidates and political parties to respect the country’s electoral laws and promote peaceful campaigning by supporters.

Despite his popularity among Haiti’s youth, Jean has faced questions about whether a celebrity with no political experience is the best person to lead a chronically poor and corrupt nation that is coming out of a huge natural disaster.

Copyright 2010 Reuters News Service. All rights reserved. This material may not be published, broadcast, rewritten, or redistributed.

This entire situation has gone beyond ridiculous!

It has gone beyond one person’s ego….

Wyclef is now making himself a complete and total idiot, and by doing so, he is making Haiti look foolish. He is taking attention away from an important matter like 500,000 dead, the same number injured, millions homeless, 250,000 homes destroyed, 50,000 amputees, no schools, starving people, and NO WORK.

No one’s ego is worth more than this.

And then he says that he meets the five year residency requirement because he has flown back and forth, claiming he has spent half of his 40 years here. This is simply a stupid lie. Wyclef’s time in Haiti, over the 31 years since he left Haiti doesn’t even amount to one single year.

Wyclef, it is over, as the CEP says.

It is also over for you.

You have ruined a valuable asset for Haiti – YOURSELF!!!

No one can ever take you seriously again, certainly not foreign investors or anyone of a serious businesslike nature..

2 thoughts on “WYCLEF…GO HOMETO YOUR PLACE OF RESIDENCE!! TO NEW YORK!! IT IS FINAL!!! Wyclef You Can’t Appeal Haiti Poll Exclusion-Added COMMENTARY By Haitian-Truth”