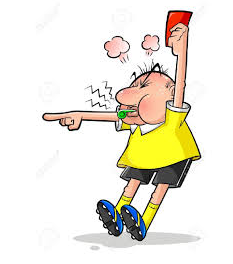 Mexico is on its way to the 2019 Gold Cup final – just as everyone expected. But only after a 120-minute scrap with Haiti.

Only after Haitian midfielder Mikael Cantave rattled the crossbar in the 119th minute.

And only on the back of a controversial extra-time penalty.

The underdogs held Mexico at bay for 90-plus minutes. Then, at the beginning of the extra session, an innocuous-looking incident at the top of the box swung the match:

Raul Jimenez was fouled with his back to goal. The referee pointed to the penalty spot. Jimenez stepped up to give Mexico a 1-0 lead – and eventually a 1-0 win.

But it’s the “foul” part that has fans – especially Haitian and American fans – howling with rage.

Was it a penalty?

In real time, contact looked non-existent. On replay, it looked soft. In the broader context, it was an incredibly harsh way to end the 2019 Gold Cup’s best story. So no neutral wantedit to be a penalty.

Haiti players questioned whether it was a penalty:

If roles were reversed do we get that call? ??‍♂️??‍♂️

But yes, it probably was a penalty. Haiti’s Herve Bazile made significant contact with a full-fledged kick to Jimenez’s foot:

Guys. I would love to see Haiti win this as much as you would. But… pic.twitter.com/lxOSbe1Nbx

Jimenez might have embellished the significance of that contact. But sometimes embellishment is necessary. If you’re lunging for a ball with your foot at head-height, and your plant foot on its tip-toes, and an opponent swings recklessly and strikes the bottom of your airborne foot … that contact is going to affect you. Jimenez had to go to ground to make the ref realize it had affected him.

(That kick to the foot also might have cause him legitimate pain!)

So it was a penalty. And Mexico is moving on. Despite heroic efforts from Haiti, and all sorts of wastefulness in front of goal from El Tri.

Next up? Perhaps the U.S.

The Americans play Jamaica in the second semifinal on Wednesday (9:30 ET, FS1). The winner gets Mexico at Soldier Field in Chicago on Sunday.

Don’t listen to us.

The entire soccer world was outraged by the bizarre penalty call – by a refereee from Qatar – that game the semifinal to Mexico.

Really sad to see this game end on this basis.

Mexico may have ultimately won, but the game should not have seen this unfortunate incident spoil the entire philosophy of fair play.