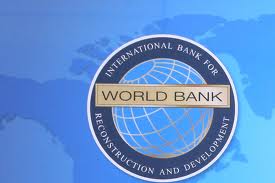 Port-au-Prince, July 25, 2013 – Mary A. Barton-Dock, who started her career 25 years ago in Bolivia, became the second World bank Special Envoy to Haiti on July 1st, 2013. She replaces Mr. Alexandre Abrantes who assumed this position over the last three years.  Ms. Barton-Dock spent her first week in Haiti in the North, Artibonite and Center Departments, visiting current and potential programs supported by the World Bank Group.

Prior to taking up this appointment, Ms. Barton-Dock was the Director of the World Bank’s Environment and Climate Change Department.  She served previously as the Country Director for Cameroon, Central African Republic, Chad, Equatorial Guinea, Gabon and Sao Tome and Principe, where she gained broad experience in reconstruction and inclusive growth.

“Mary’s broad and diverse experience is highly valuable in Haiti given the World Bank’s very large reconstruction portfolio,” said Hasan Tuluy, World Bank Vice President for Latin America and the Caribbean. “Assisting the Government in improving lives of the people will be at the core of her mandate with an immediate focus on increased access to electricity for 600,000 people and to social health services for 1.8 million women/children.  On a very short term tens of thousands of people will be relocated from camps to safer housing while on a longer term inclusive growth will be driven by developing tourism in the North and supporting programs to foster business and investments.”

Ms. Barton-Dock’s other managerial posts include being the Country Manager in Chad and the Sector Manager in Agriculture and Environment for 14 countries in West Africa.  She has developed strong relationships with Governments, and established strong partnerships in complex environments involving many bilateral and multi-lateral partners, civil society, private sector and other key stakeholders.

“Achieving shared prosperity is a shared responsibility and I am looking forward to work with the Haitian Government and all stakeholders to help address and overcome the development challenges the country is facing. I am eager to learn more about the country and lead an assistance program that is tailored to its needs and priorities”, said Mary.

Mary Barton-Dock joined the Bank in 1993 into the Young Professionals Program. During her career she has worked in Latin America, Africa and Southeast Asia. She is the first woman to lead the World Bank program in Haiti.

Ms. Barton-Dock is a Harvard graduate, with a Masters in Public Policy, and has worked across a broad range of sectors including environment, agriculture, energy, infrastructure, mining, community development and education.
Contacts:
Washington: Stevan Jackson, + 1 202 458-5054 , sjackson@worldbank.org
Port-au-Prince: Berdine Edmond, + 509 3106-4831, bedmond@worldbank.org

Learn more about the work of the World Bank in Haiti: http://www.worldbank.org/haiti
Visit us on Facebook: http://www.facebook.com/worldbank
Be updated via Twitter: http://www.twitter.com/WorldBankLAC
For our YouTube channel: http://www.youtube.com/lacregion20