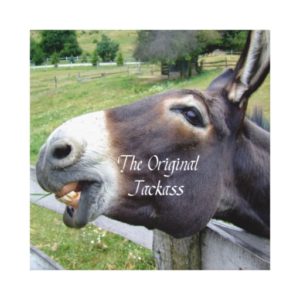 Excluded from all activities of Parliament for 2 months with a reduced salary by 50%, http://www.haitilibre.com/en/news-11517-haiti-politic-arnel-belizaire-excluded-from-parliament.html following the physical aggression at Parliament of Phélito Doran, Minister Delegate to the Prime Minister, in charge of relations with Parliament, June 25 http://www.haitilibre.com/en/news-11455-haiti-flash-belizaire-physically-assaults-a-minister-the-government-condemns.html the Deputy Arnel Bélizaire Monday began a hunger strike in the session room of the Lower House. He demands the resignation of Me Anel Alexis Joseph, President of the Court of Cassation and of Superior Council of the Judiciary he contests the legitimacy due to its proximity to the Head of State, the release of political prisoners and an explanation of the management of the fund of support to Parliament supplied by the United States Agency for International Development. The Deputy, Monday came with sheets, mattress, pillow and his gun to the session room where it is banned from entering. Arnel Bélizaire said he was ready to take to continue the time he can with the assistance of his doctors and expressed hope that his gesture allows “The silent majority to stop condoning the violations of the Constitution,” adding “It is a sacrifice that goes beyond my personal interests.”

A hunger strike is meaningless unless it is closely supervised. They should lock Belizaire in the jail cell he lived in, before escaping. Preval inflicted this piece of garbage on the Chamber of Deputies even though he is a thief an killer.

Remember the time when he shot two people in Jacmel, killing one and leaving the other in a wheelchair for life!

He is one of the reasons democracy does not, cannot work in Haiti.

If he walked around, with a machine gun slung around his neck, in democratic Los Angeles, the Los Angeles Police Department would shoot first, and ask questions later.

What an embarrassment for Hait this man is, along with other associates, such as Moise Jean Charles and Senate President Desras…. all acting on Aristide/Lavalas order to destabilize our democratically elected government.

3 thoughts on “WHO CARES????!!! Arnel Bélizaire began a hunger strike-Added COMMENTARY By Haitian-Truth”