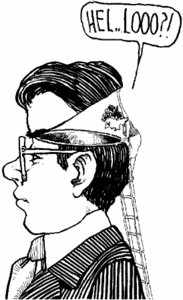 The Expert Mission of the Organization of American States (OAS) for the verification of the vote tabulation of the November 28, 2010 Presidential Election delivered its report to the Government of Haiti on January 13, 2011. Following the January 17 visit of OAS Secretary General, José Miguel Insulza, the report was officially submitted to the Provisional Electoral Council (CEP) by President Préval on January 18. This report contains an assessment and recommendations on the vote tabulation and other factors that had an impact on the preliminary results of the first round.

This Mission, consisting of nine experts in tabulation, statistics, data analysis, information technology and electoral systems, from Canada, Chile, France, Jamaica and the United States of America, worked in the country from December 30, 2010 until January 9, 2011.

Mr, Donovan has served as a member Organization for Security and Cooperation in Europe Observation and Supervision missions in Bosnia and Herzegovina (199B, 2000), Kosovo (2001), Macedonia (2002), and Republic of Georgia (2003, 2004), Since 2004, he has designed and managed incident reporting and tracking technologies for domestic election monitoring activities in the United States and regularly provides expert testimony to state and local govemment evaluating the conduct of elections.

Ms. Garcia has served as a member of MICIVIH in 1995-1996 in Haiti observing local. legislative, and presidential elections. She has served as a long-term electoral observer for the European Union in Africa and America. She participated in the European Union Electoral Observation Mission (EUEOM) for the 2005-2006 general elections and she was an observer for the JEOM OAS­-CARICOM in the 2010 general elections, She served on the National Commission for Political Party Finance which examined political party campaign contributions and expenditures (2008)

Jeff Fisher (États-Unis)
Mr, Fischer served as a consultant to the first CEP for the 1987 elections and subsequently the 1990 election in Haiti. He has directed electoral processes in Bosnia and Herzegovina (1996), East Timor (1999), and Kosovo (2000). Mr. Fischer has been a Visiting Lecturer at Princeton University on Electiolls ill Fragile States and an Assistant Adjunct Professor at Georgetown University on Illternatiollal Electoral Policy alld Practice.

Mr, Nadon currently serves as the Chief Technical Advisor for the Electoral Assistance Project of the United Nations Development Program in Burundi. He has previously served as Chief Electoral Advisor for United Nations electoral assistance projects in Mali and Comoros. His other international electoral assistance experience includes Niger, Togo, and the Democratic Republic of Congo. In Canada, Mr, Nadon has served as an advisor for Elections Canada and “Directeur General des Elections du Quebec”

Dr. Scheuren is a statistician and author of numerous books specialized in elections and data quality. He is a Professor of statistics and methodology at the University of Chicago. He currently serves as the 100th president of the American Statistical Association.

The Honourable Danville Walker was conferred with one of the highest honour, the Order of Jamaica, for his outstanding contribution to the Public Service in October 2008. He successfully conducted seven (7) elections and served on several Electoral Observer Missions (Chief of Mission on three occasions) as Director of Elections at the Electoral Office of Jamaica (EOI)

Senior IT Specialist
Department for Electoral Cooperation and Observation

The Expert Mission devised a specific methodology for assessing the vote tabulation of the first round. A review of a pilot sample allowed the experts to establish a checklist for data collection and to determine the criteria for the verification of the results sheets (“Procès-Verbaux” or PVs). Subsequently, the Mission utilized a national sample of 300 PVs, which enabled it to identify a number of trends as well as the most frequent irregularities.

The data analysis from the national sample also showed that the use of the parameters of vote turnout and total votes per candidate was the most effective way to identify irregularities and fraud. The experts therefore verified all PVs for which turnout reached 50% or more, and where one of the presidential candidates obtained 150 votes or more. The Mission also verified all PVs with a turnout of 100% or more. Overall, the Expert Mission verified 919 PVs representing 16.9% of total votes counted by the Vote Tabulation Center (CTV). The verification focused on the presence of signatures required on the PV, the presence of the partial list of electors (LEP) and the tally sheet in the “sachet” containing the PV, and on the presence and validity of the national identification card (CIN) numbers written on the LEP.

Following the evaluation of the PVs, the Expert Mission recommended to the Provisional Electoral Council (CEP) the exclusion of 234 PVs that were not in compliance with the above criteria, in order to help inform its decision on the validation of the preliminary results of the Presidential Election and the ranking of the second and third candidates. This recommendation should be taken into account during the contestation phase which allows candidates to challenge the preliminary results through the statutory hearings so that a final result for the first round of the presidential election can be proclaimed.

Regarding the evaluation of the practices and procedures used at the CTV, the OAS Expert Mission considers that these have not been implemented systematically. The Mission found a number of PVs for which results had been tabulated, but that did not meet the predetermined criteria. Despite these shortcomings, the Mission recognizes the efforts of the CTV to identify and exclude irregular PVs from the tabulation of the preliminary results. 64,867 excluded votes were shared disproportionately by the three leading candidates. The Expert Mission provided recommendations to standardize and make more transparent the verification of PVs. Its recommendations also cover the training and the organization of the work of the CTV to improve its effectiveness.

Through the examination of PVs, the Mission found that most of the irregularities and cases of fraud occurred in polling stations on Election Day. Therefore, the Mission believes that better training of election officials could overcome the deficiencies encountered in the filling out and handling of election documents. The Mission also recommended sanctions against polling station workers and voting center supervisors where serious irregularities and cases of fraud occurred.

1 thought on “WHO ARE THE MORONS WHO INSIST ON A RUN-OFF AS A SOLUTION TO PREVAL’S ELECTORAL CRIME???”