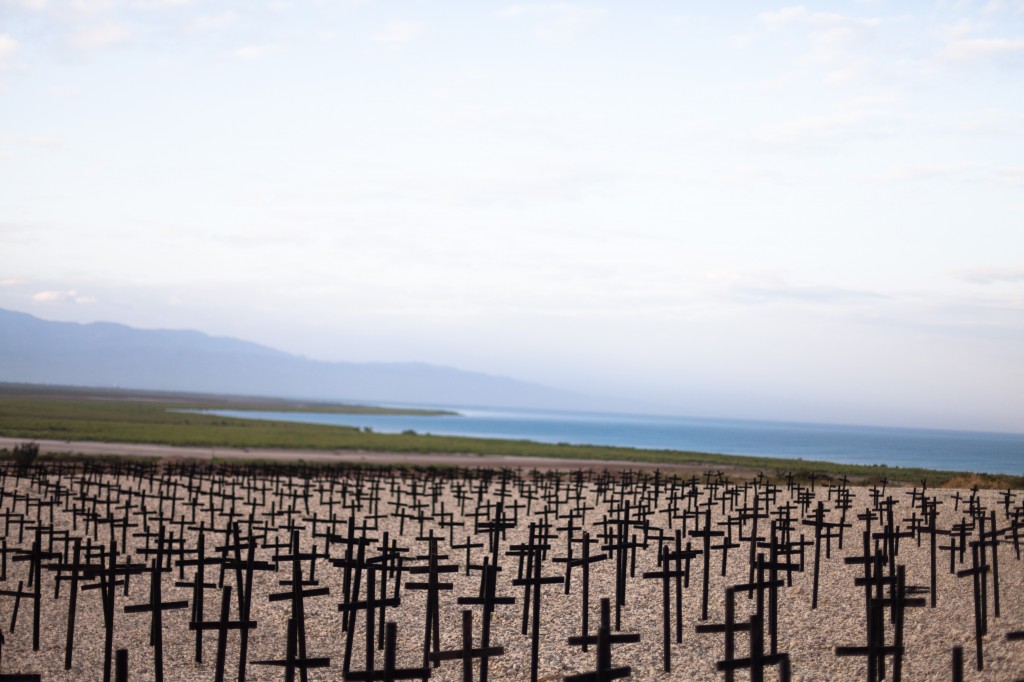 Aristide, Dominican businessmen and some local powder merchants have spent millions of American dollars to effectively freeze Haiti with a violent transportation strike that has seen 90 percent effect. People have been attacked by guys with clubs studded with nails. Cars have been destroyed. School children threatened, and told to go home.

Aristide and his associates have paid bus owner and Tap Tap operators a fortune to remain off the streets and highways today, tomorrow and possibly Wednesday. $1,500,000 American dollars were expended to block Port-au-Prince with a few more millions spent to freeze the rest of Haiti. Added to this is the cost of the violent people who man the barricades.

PEOPLE WILL DIE – IF THIS IS ALLOWED TO CONTINUE!!

This is all part of a well-planned effort to create chaos and force the weakening  of Martelly’s government, after the stupid, and untimely firing of Laurent Lamothe, the popular and successful Prime Minister who was really the key to Martelly’s success.

Evans Paul is effectively a zero and has no support from Martelly, adding fire to the claim that Martelly wants to be a dictator and rule by decree. He created the Evans Paul Prime Ministership – Martelly had better try to make it work.

The CEP is seen as representing a minority of voter and will not be accepted.

The student power is being ignored. They are really supporting no one and await a charismatic leader to step out front – and then we are all in trouble.

Aristide, and his criminal associates, aim to weaken the overall situation to the point where elections cannot be held. Martelly will finish his term and a new electoral process started.

The International Community will ask Aristide to participate in the game – and Aristide has won – yet again!

She has already stolen enough and should retire to luxurious exile, or a jail cell at Croix des Bouquets.

WHERE IS MINUSTAH WHEN YOU NEED THEM – CLUB INDIGO – THE OASIS – ??