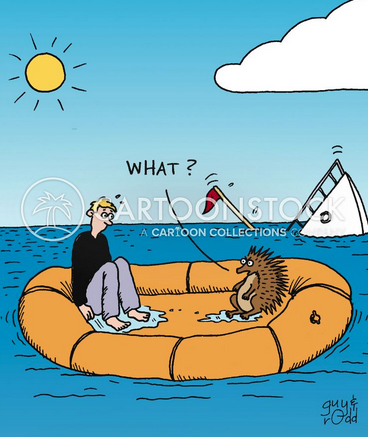 TOIRAC, Haiti — The destruction was everywhere. The help nowhere.

Days after a magnitude 7.2 earthquake devastated part of Haiti’s southern peninsula, the hillside village of Toirac had yet to be visited by any emergency authorities or aid groups.

At least 20 Toirac villagers who had been attending a funeral when the quake struck on Saturday were killed as the church collapsed, survivors said.

With some help from Boy Scouts, the Toirac villagers dug out their dead loved ones, buried them in mass graves and built makeshift shelters as Tropical Storm Grace pelted the area with heavy rain that caused floods and mudslides. The villagers used salvaged pieces of their collapsed houses.

“I don’t expect any help, we’re on our own,” said Michel Milord, a 66-year-old farmer in Toirac, who lost his wife and his house in the earthquake. “No one trusts this government here.”

At least 1,900 people were killed and nearly 10,000 injured in the quake, which caused tremendous damage in an area that is home to about 1.5 million people. It is about 80 miles west of the capital, Port-au-Prince, which remains scarred by a quake along the same fault line that struck more than 11 years ago, killing roughly a quarter-million people.

The United Nations, the United States and an array of international aid groups have mobilized to send help, but the effort has remained patchy and limited, mostly confined to providing urgent medical assistance and basic supplies to the main population centers close to air strips.

The only road linking Port-au-Prince to the affected area — normally a four-hour drive — remains plagued by gang violence, derailing some aid deliveries. Airlifts were delayed by Tropical Storm Grace, which passed over Haiti on Monday. According to local residents, some relief supplies that had been intended for more remote mountain communities never reached their destination, having been commandeered on the way.

And the Haitian government, which has promised to centralize and coordinate the relief effort, has been largely absent from the affected communities.

Haiti was plunged into disarray by the assassination of President Jovenel Moïse last month. The country is now facing the earthquake’s aftermath without a president, a functioning parliament or a head of the Supreme Court. The caretaker government that took power after Mr. Moïse’s death lacks political experience, money and legitimacy in the eyes of most Haitians.

The new prime minister, Ariel Henry, toured the affected area the day after the earthquake, but he had little to offer the desperate residents apart from words of reassurance. Underlining Haiti’s limited resources, Mr. Henry had to travel on an airplane lent by the air force of neighboring Dominican Republic.

The small airport of Les Cayes, the main source of supplies for the earthquake zone, bustled this week with aid groups and foreign emergency workers. There was no sign of any government officials or airplanes.

Asked where to find state officials in the area, a local political leader and former senator, Hervé Fourcand — who had used his own prop plane to fly injured quake victims to safety — briskly walked away from a New York Times reporter in silence.

The government has said that it would centralize all aid delivery in Port-au-Prince under new orders given to a government agency, the National Center for Emergency Operations, to avoid the mistakes made in the 2010 quake. A lack of coordination in the early weeks of that disaster left loads of urgently needed aid sitting in Port-au-Prince.

By Wednesday, however, it was unclear if the new agency was receiving or coordinating any deliveries. The prime minister’s office directed questions about the relief effort to the interior minister, who wasn’t reachable for comment. Haiti’s communication minister, Jean Emmanuel Jacquet, said late Wednesday that the emergency agency had delivered 12 trucks of aid from international and local donors.

Some aid groups and donor governments say they have just started delivering the aid themselves, after having advised the authorities of their plans.

“Everything is very slow,” said Fiammetta Cappellini, the Haiti representative of the AVSI Foundation, an international aid group. “The current political crisis has a terrible impact on the emergency response. Everything is taking longer than usual, including critical decisions on how to help people. There are many promises to help, but in reality, very little is happening.”

The quake also threatened to derail the Covid-19 response in Haiti, the last country in the Western Hemisphere to start vaccinating, because of the urgent need to divert medical resources to quake victims.

Only around 21,000 Haitians in the population of 11 million have received vaccines, said officials of the Pan American Health Organization, a specialized international health agency for the Americas.

Dr. Carissa F. Etienne, the agency’s director, told a virtual briefing on Wednesday that scores of hospitals in three regions of southern Haiti hit by the quake had been damaged or destroyed, and she appealed urgently for more international help.

“The needs are immense in Haiti right now,” Dr. Etienne said. “The earthquake aftermath combined with the Covid-19 pandemic presents a very challenging situation for the people of Haiti.”

International aid officials also expressed alarm over the immense destruction to schools, which were set to reopen Sept. 7. In one of the three afflicted regions alone, 94 of 255 schools were destroyed or damaged, Unicef’s representative in Haiti, Bruno Maes, said Wednesday.

“It will be extremely difficult for parents, teachers and the government to get children safely back to school just three weeks from now,” Mr. Maes said.

Haiti’s weak and underfunded state historically had little presence outside the capital, in effect outsourcing many social services to charities and international aid groups. Haiti is sometimes called the Republic of NGOs because of the many nongovernmental organizations that operate in the country, which some critics say have perpetuated its dependency.

So when a disaster strikes, there’s little support infrastructure that residents can fall back on to cope.

For many residents, the quake was just the latest hardship they have endured on their own in a country afflicted by endemic poverty and corruption.

Many have simply tried carrying on amid the rubble.

In Toirac, Paulette Toussaint did her children’s laundry and hung it across the rubble of her destroyed home. Ruth Milord, a 23-year-old daughter of Mr. Milord, the farmer, sat down to play a local board game called Rome with friends and relatives outside her collapsed home. They balanced the board on their knees, because they had no table left. The university, where she studied agronomy, also collapsed, upending her plans for the future.

“My parents didn’t have the money to send us to school,” said Mr. Milord, her father. “I didn’t want the same to happen to my children.”

After the earthquake struck L’Asile, another hillside town, the local civil protection chief, Junior Alcendor, mobilized a group of volunteers and began digging out victims with the limited tools at hand. On Wednesday, he said he had yet to receive any additional supplies from the capital.

“We have been abandoned by the state,” Mr. Alcendor said.

Most of the houses in L’Asile were damaged or destroyed. By Wednesday, NGOs and local dignitaries began delivering some food and emergency supplies to the town, but the needs vastly outstripped the deliveries.

“The Haitian people carry on, because of their resilience,” said the Rev. Lucson Siméon, a local Catholic priest, whose church, like many others, was destroyed

“When you have a weak state, you feel totally abandoned. It’s like a baby without a mother,” the priest said. “The Haitian people, we live in a failed state.”