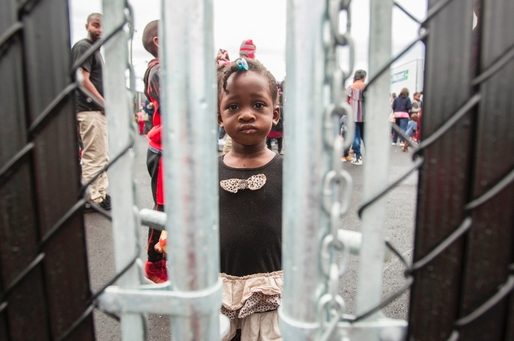 HUGH SEGAL
Special to The Globe and Mail
Updated December 28, 2017

Hugh Segal, a former chair of the Senate Committee on Foreign Affairs, is head of Massey College, and a fellow at the Canadian Global Affairs Institute, the Munk School of Global Affairs and the Queens School of Policy Studies.

The recent celebration of the 60th anniversary of Lester Pearson’s Nobel Peace Prize evoked a time when a middle power’s voice could matter, and when the initiative of a Canadian minister or prime minister might have salience beyond our own borders.

There are commitments that involve more or less risk, and more or less genuine impact. Often, when a country acts clearly and decisively in a way that underlines its own values, that is when its impact is greatest. There would be no greater practical example of Canadian engagement as a member of the United Nations, a member of the Organization of American States and a founding member of la Francophonie, than a decision now to reach out and welcome Haitians who face deportation by the United States.

This would underline the practical humanitarianism shown by Canadian governments as far back as the Hungarian Revolution in the 1950s. While the Americans have, to their credit, extended the deportation deadline by 18 months to July, 2019, the threat is real, and the opportunity for Canada to help in an orderly and measured process is simply enhanced.

Haitians in the U.S. include many who were allowed to stay temporarily because of the devastation natural disasters had caused in our hemisphere’s poorest country. Haiti’s police and security services, as well as its health services, are unable to cope with existing population needs, let alone the thousands who would be forced to return or be deported back by the U.S.. Canada’s decision in 2014 to end temporary protection preceded the hurricane in 2016, and the decision not to grant asylum to many applicants more recently misses the point entirely.

As U.S. Senator Marco Rubio has noted, the combination of the devastating earthquake in 2010 and last year’s hurricane affords Haiti no room to absorb more people. It is why he advocated for extending the deportation deadline. Haitian arrivals to Canada from the U.S. should be admitted by ministerial permit – because they can’t reasonably go home, and they face being deported from the U.S.

There are always technical reasons to keep people out, despite Canada’s size and genuine need to expand our domestic population. Leadership means, on occasion, finding the courage and humanity to let people in. We have seen this kind of leadership in the past from Liberal and Conservative prime ministers. 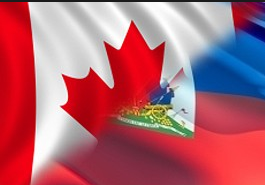 Canada has a long history of trying to help Haiti. Canadian forces were part of stabilization efforts when the politics turned violent and military dictatorship was in place. Haitian president Jean-Bertrand Aristide lived safely in exile in Canada under prime minister Brian Mulroney before democracy returned. Quebeckers of all backgrounds have taken leadership roles in charitable efforts to help Haiti. Canadian naval forces sailed to Haiti and set up field hospital facilities that helped the injured, and saved lives.

We have a robust, active, productive, economically and culturally dynamic Haitian community in Quebec, and elsewhere. A distinguished Canadian of Haitian birth, Michaëlle Jean, became our Governor-General and now heads la Francophonie in Paris. The Haitian community is a credit to Canada in so many ways and has produced business, cultural, political and journalistic leadership that has immensely strengthened and enriched us all. It has the depth and capacity to sponsor and welcome new arrivals, along with other Canadians who would be delighted to help.

Those Haitians now in the U.S. who meet our health and security checks would make superb additions to the Canadian family. They are of varied economic circumstances and many are in better economic shape than the many refugees from Indochina, Kosovo, Syria and elsewhere whose arrival in Canada strengthened our country tremendously in so many ways. The money they send home to Haiti is of serious and significant positive impact.

A country’s international responsibilities embrace many dimensions: military; trade; consular and diplomatic. But none is more important than the humanitarian gesture and follow-through that actually says who we are, what we truly believe and how we see a key part of our national and societal purpose. The economic depth, cultural cohesiveness and multivariant demographic mix of Canada’s Haitian community could absorb new arrivals with facility and genuine warmth and welcome.

If Prime Minister Justin Trudeau’s foreign policy declaration that “Canada is back” is to be seen as having constructive meaning, welcoming Haitians stranded in the U.S. could convey it at its very best. Canadians would applaud the leadership. The UN and the rest of the world would notice. And, more important than all that, it would be the right thing to do.