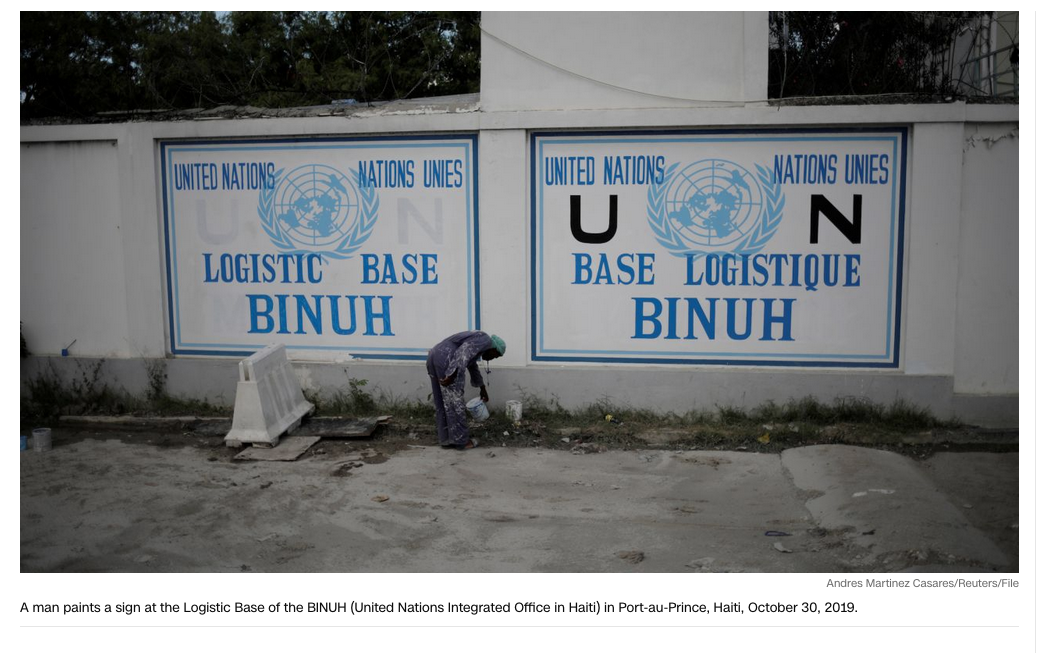 Mass protests. Lethal outbursts of gang warfare. An overwhelmed judiciary and a barren legislative branch where a handful of representatives linger among the vacant seats of former colleagues.

For years, these have been the conditions of life in Haiti. And for just as long, the vanishing point in this dark picture has been elections – the long-postponed vote repeatedly promised by leaders that could replenish the government and finally set the world’s first Black republic back on a fully democratic path.

“Before the end of this year, we will put the country in electoral mode,” Prime Minister Ariel Henry told the country on Monday, though stopping short of setting a date.

Henry, who previously postponed a planned general election amid criticism of the then-electoral council, also felt compelled to defend the delay. “To all those peddling rumors that I intend to keep power, I say that is false,” he added.

Elections are long overdue. The last time Haitians got to choose their own political representatives was in 2016. Parliamentary elections scheduled in 2019 were never organized under the then-presidency of Jovenel Moise, nor were general elections after that.

The Caribbean nation has thus been ruled by decree for three years, first under Moise until his shocking assassination last year, and now under Henry, his appointed successor.

At both men’s sides has been the United Nation’s Integrated Office in Haiti. Known as BINUH, this political mission will mark its third anniversary of operations this October – but faces mounting challenges as the time to hold a vote stretches on.

‘Let’s get through the next elections’

Helen Meagher La Lime, the head of BINUH and Special Representative of the UN Secretary-General for Haiti, told CNN that her focus is to help Henry’s government reach a consensus with opposition and civil society leaders in order to start organizing elections. The process began last year in the wake of Moise’s assassination and has proven painfully slow so far.

“We have a lot of work to do in getting to elections, we need to get this consensus established so that an electoral council can be established. They need to do some work on the Constitution, revisions or a rewrite of the Constitution needs to take place. And then the elections need to get organized,” La Lime said last month, in her first interview since BINUH’s yearlong mandate was renewed by the UN Security Council.

Large swathes of Haiti’s opposition say they do not trust Henry to hold elections, calling instead for a transitional government to take over running the country first. Some also view La Lime and other outsiders with skepticism, in a country where imperialism, occupation and even well-meaning intervention have a long and brutal history.

Gangs gain the upper hand in war with Haitian police

“Henry must not be allowed to use his support from the international community to continue to concentrate all powers under his exclusive – and failing – leadership,” wrote Jacques Ted St Dic, a member of the Montana group coalition advocating for a transitional government, in an op-ed published last week by Just Security.

“Without legitimacy and without popular confidence in the electoral process, any elections held will be questioned and the new leaders will lack the popular support to institute desperately needed reforms. This is the cycle that has locked Haiti in paralysis for a dozen years,” he also wrote.

La Lime declined to discuss the possibility of a transitional government, telling CNN, “Those are ideas that have to be discussed by Haitians, and a consensus reached by Haitians.”

Instead, she extolled the simple power of shared lunches, provided by BINUH at a local hotel, for bringing political voices together in Haiti. On the basis of such dialogue, she predicted the country could potentially reach elections in 2023 – and even suggested that BINUH itself might no longer be needed after that.

“Let’s get through the next elections to see what levels of stability we have at that point. And then BINUH will consider leaving,” La Lime says. “We are not here forever.”

Making Haiti safe for a vote

The current backdrop of violent unrest in capital city Port-au-Prince makes organizing elections hard to envision, even for those who want change most.

Brutal gang battles in parts of Port-au-Prince this summer saw whole neighborhoods set aflame, displacing thousands of families and trapping others in their homes, afraid to leave even in search of food and water. Hundreds were left dead, injured or missing. Criminals still control or influence parts of the country’s most populous city, and kidnappings for ransom threaten residents’ day-to-day movements.

Part of a larger ecosystem of UN entities and NGOs operating in Haiti, BINUH’s operations are largely limited to consulting with and assisting Haiti’s government and National Police (HNP). Its regular reports are powerful and detailed, documenting in stark language the state of civil society, politics and human rights in the country.

Recognizing the security crisis, BINUH embeds several dozen officers as advisers within the police, and the UN has also announced a new “basket fund” to support the police, which aims to raise 28 million over the next two years. But that money is aimed at long-term goals like funding recruitment and training, increasing the representation of women on the force, and improving police infrastructure and stations, La Lime said.

“The UN can’t fix anything,” La Lime told CNN. “The UN can work with the government of Haiti and the institutions of Haiti to produce an improved result.”

And in August, Luis Almagro, General Secretary of the Organization of American States, blasted global do-gooders, labeling the international community’s efforts in Haiti as “one of the worst and clearest failures implemented and executed within the framework of any international cooperation.”

La Lime readily acknowledges the critics. “Yes, the results are not what they should be,” she told CNN.

Still, her job is not to take responsibility for the past – nor even to shoulder much of it now, she implies.

“I think what we need to do is look at the lessons see what we how we need to work differently. I don’t think we’ve placed enough emphasis on the partnership. In other words, what is it that the Haitian side needs to do to make the effort more sustainable?”