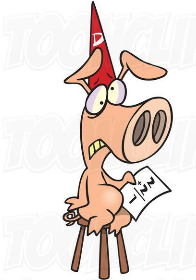 The $50,000 bail for a non-resident Haitian charged with a major cocaine/heroin crime send a message.

The Feds held Guy Philippe, on a very questionable charge, without bail, because he was a non-resident!

If it is the first, he should sell one of his expensive cars, a gold watch, or chain, to hire some very good security since some of his targets may paint a bulls-eye on his chest.

We have never heard of a guy at this level receiving such minimal bond in a case this large. In fact, most cases would see him held without bail until trial and conviction.

This guy could be facing 40 years in a Federal Max Security prison, if he doesn’t give everyone, including his mother, and Jesus Christ.

Watch the video. He seems to be high on his  “product.”

As an attorney I would always advise a client, before or after arrest, to “SAY ABSOLUTELY NOTHING TO ANYONE!!!”

This guy has given the prosecution some unbelievable material on tape and film!! Can you imagine a Prosecutor asking what he does for a living? When he replies he is unemployed, or something like a security guard, since non-Green Card people are not supposed to work, the Prosecutor will ask how he acquired to $200,000 car he is sitting in, or the other dozen expensive cars clogging his very large expensive yard!

Forget about the solid gold watches and gold neck chains!

Has he declared his income (LEGAL/ILLEGAL, IT DOESN’T MATTER) with the IRS?  Non payment of taxes is what got Al Capone. How can he afford an expensive attorney since anyone of any experience will ask for $100,000 as a down payment?

The guy may say, “We are not dumb,” but seems to have forgotten the meaning of these words.

Let’s see how the trial goes, if he survives that long.

If he was from an Irish group he would already be dead!