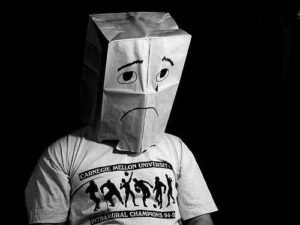 By Trenton Daniel, The Associated Press –

PORT-AU-PRINCE, Haiti — Haitians will have to wait at least a few more days to learn the preliminary results of their presidential election because of alleged irregularities and fraud uncovered at the vote-counting centre, officials said Tuesday.

While not disclosing specifics, Gaillot Dorsinvil, the president of the Haiti’s Provisional Electoral Council, issued a brief statement saying officials found a “high level” of fraud and irregularities of various kinds at the tabulation centre in the capital, Port-au-Prince.

Dorsinvil said the discovery has prompted lawyers to adopt “more stringent verification measures,” causing a delay in counting. He did not describe the alleged problems.

International monitors, who are observing the counting process, praised Haiti’s March 20 presidential runoff, saying it was in sharp contrast to the Nov. 28 first round that was marred by disorganization and allegations of widespread fraud.

Voters chose between Michel “Sweet Micky” Martelly, a popular musician who has never held public office, and Mirlande Manigat, a former first lady and senator and longtime fixture on the political scene.

Haitians are eagerly awaiting the announcement of the winner of this month’s runoff vote after last year’s first round was delayed because of the chaos and massive irregularities.

The announcement of preliminary results from the disputed first round sparked nearly three days of rioting that shut down the capital. The Organization of American States eventually determined those results were flawed and Haiti’s Provisional Electoral Council dropped the government-backed candidate from the runoff.

Final results are due April 16.