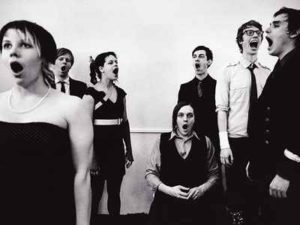 Arcade Fire released video footage yesterday from their March 2011 and February 2012 visits to Haiti. The footage was recorded by the band and Bec Rollins from the organization Partners in Health.

The video also includes a short performance by Ti Zwazo, a gardener for Partners in Health and artist who opened for Arcade Fire when they performed in Cange last year. You can check out the footage of the band in Haiti below.

Arcade Fire are well-known for their efforts in Haiti. Last year Win Butler announced their partnership with the non-profit Kanpe in effort to donate money to the rebuilding of Haiti.

During their 2011 tour, the group pledged to raise $1 million for Haitian relief.