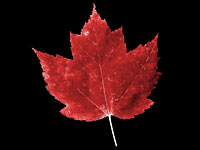 By Marwa Siam Abdou, The Gazette:

MONTREAL – A visitor visa was denied to 35 women from Haiti who were scheduled to participate in the Haitan arts exhibit known as the Foire de Creations Artisanales Haïtienne.

Caroline Thélémaque, founder of the organization Women for Haiti (FAH) and director of finance for SOS Haiti, was forced to cancel the event which was supposed to take place from August 17 to the 19.

In a press release issued by her organization, she expressed her disappointment with the Canadian embassy in Haiti – describing the decision as unacceptable and appalling – and asked for the assistance of Prime Minister Stephen Harper.

“The Haitan community goes to great lengths to welcome and accommodate these women in Canada,” expressed Thélémaque.