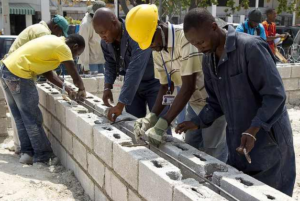 PORT-AU-PRINCE, Haiti (AP) — Haitian lawmakers have a new building where they can pass laws and study the budget.

The previous building was severely damaged in the 2010 earthquake. Lawmakers have had to do their work at a police academy and later in a prefabricated structure supplied by the United Nations.

The new $1.9 million building was paid for by the U.S. Agency for International Development and built by a Haitian construction firm. It is only temporary. It will house Haiti’s bicameral legislature until a permanent place is built in several years.

The complex has with more than 22,000 square feet of office space.