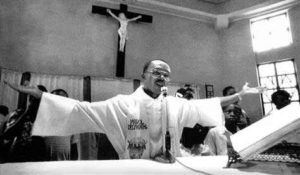 MIAMI — Federal prosecutors in Miami say a once-powerful Haitian drug lord should get half off his 27-year prison sentence because he provided key assistance to prosecutors in a dozen other cases.

Chief U.S. District Judge Federico Moreno did not issue an immediate decision. Moreno wants more information about assets Ketant forfeited to the Haitian government, including a mansion and expensive paintings.

Authorities say Ketant’s organization moved some 41 tons of cocaine through Haiti to the U.S. from 1987 to 1996.