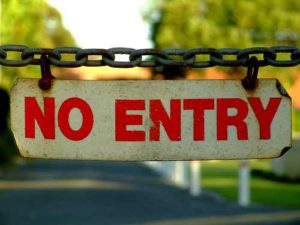 While media attention remains focused on the return of former dictator Jean-Claude Duvalier to Haiti, disputes over the Nov. 28 elections continue. A week after a technical group from the Organization of American States (OAS) recommended a runoff between presidential candidates Mirlande Hyppolite Manigat (Coalition of National Progressive Democrats, RDNP) and popular singer Michell Martelly (“Sweet Micky,” Peasant Response), Haitian president René Préval still had not agreed to have his Unity party’s candidate, Jude Célestin, cede the number two spot on the ballot to Martelly.

Senator Lambert said these people weren’t too disturbed about the visa denial, but he acknowledged that a meeting of party leaders the night before had discussed the possibility of Célestin’s withdrawal from the race. (Radio Kiskeya, Haiti, Jan. 23)

At the same time that it was apparently pressuring Préval on the elections, the US government issued a new travel advisory for its citizens on Jan. 20. The US “strongly urges avoiding all but essential travel” to Haiti because of dangers from crime, violent protests and the cholera epidemic, the warning said. Previously the US had simply “recommend[ed] against non-essential travel.”

Also on Jan. 20, the US carried out its first deportation of Haitian immigrants since an earthquake devastated southern Haiti in January 2010. A group of 27 Haitians were flown to Port-au-Prince, including Lyglenson Lemorin, who was charged in an alleged conspiracy to destroy the Sears Tower a Chicago but was acquitted in 2007. (US Department of State travel warning, Jan. 20; Agence Haïtienne de Presse, Haiti, Jan. 21)