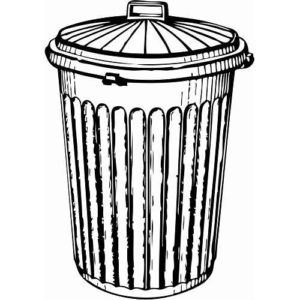 WASHINGTON — The Obama administration said Friday it could support throwing out the disputed results of Haiti’s first-round presidential election if that step is proposed by a panel of experts examining the vote.

Cheryl Mills, Hillary Rodham Clinton‘s chief of staff, said the U.S. is waiting for the 12-member election team from the Organization of American States to finish its report, expected next week. Mills said U.S. officials will evaluate any steps deemed necessary by the panel.

“If the OAS mission concludes that cancellation or redo … needs to be considered, we obviously would be interested to understand how they came to those conclusions,” Mills told reporters.

The U.S., then, “would want to review whether or not those conclusions were ones that we, too, could support,” she added. “Those are the things we’d be willing to entertain, though I wouldn’t be able to tell you what we are going to do until we know what they conclude.”

Haiti’s two-candidate run-off was supposed to be held Jan. 16. But results have yet to be finalized from the first round. That vote was criticized for low turnout, disorganization, fraud, violence and voter intimidation.

The uncertainty is hampering Haiti’s response to a cholera epidemic and its long-term reconstruction from last year’s deadly earthquake.

Because of the delay, current President Rene Preval may end up staying on beyond the Feb. 7 end of his five-year term as Haiti’s provisional electoral council deals with the OAS team’s recommendations. Preval couldn’t run for another term.

Mills did not say whether the U.S. would support Preval remaining in office beyond his term, but repeated concerns about the November vote, which is being contested by supporters of the top three finishers.

The election results were “inconsistent with at least the preliminary analysis, information, quick counts and other things that we had been privy to,” Mills said.

Supporters of popular singer Michel “Sweet Micky” Martelly blocked streets and shut down the capital with rock-throwing and marches when they learned he had been eliminated from the presidential contest in favor of ruling-party candidate Jude Celestin by less than 1 percent.

Celestin, who is backed by Preval’s Unity party, said he won the most votes. Former first lady Mirlande Manigat, who led the vote according to the count, said she should have won the election outright.

An electoral council spokesman said Tuesday that the second-round vote for a new Haitian president will not be possible until late February.