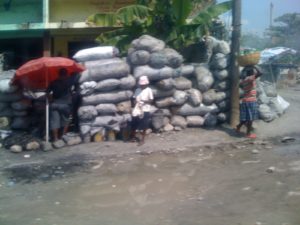 (AP)  PORT-AU-PRINCE, Haiti — The U.S. Agency for International Development is hoping to build a small market in Haiti to offset a charcoal industry that has led to widespread deforestation in the Caribbean nation.

USAID says it has awarded a contract for $7.2 million to Chemonics International Inc. to work on a three-year project meant to help businesses with the production and sales of charcoal cook stoves and liquefied petroleum gas stoves. The project will also promote the use of more efficient charcoal stoves to help Haitians meet the same cooking needs while allowing them to save money.

The use of charcoal is a major reason why forests in Haiti now cover less than 2 percent of the country.

USAID made the announcement Tuesday.