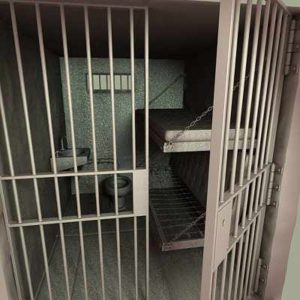 The sailors, who were serving as U.N. peacekeepers, returned to the South American country from Haiti on Friday. On Sunday the judge ordered them held in preventive detention on charges of disobeying orders and dereliction of duty.

The decision cannot be appealed, said Marta Iturvide, a spokesman for the military tribunal.

Once the military is done with the sailors, their case would pass to Uruguay’s civilian courts, where a judge is investigating the abuse charges.

President Jose Mujica has said the men would face the most severe penalties if convicted.

A cell phone video of the alleged abuse inside a U.N. base in Port-Salut has given momentum to rock-throwing protests in Port-au-Prince ahead of a pending U.N. decision on extending the peacekeeping mission in Haiti.

Haitian President Michel Martelly, who said his nation was deeply hurt by the episode, is expected to call for keeping most of the 12,000 U.N. troops to prevent chaos in the country, which remains politically unstable and economically destroyed after repeated natural disasters.

The accused men have not commented publicly on the charges and their names have not been released.

This use of “alleged” by the media is particularly irritating here.

The Uruguayan military has already admitted to the crime, even though
MINUSTAH keeps sticking its collective heads in the ground, denying the
incident ever happened.

Here is what happened, if the sailors’ own testimony is to be believed. Five
guys grabbed 18 year old Haitian, Johny Jean, in front of their barracks and
dragged him inside where they beat him. Then they ripped his pants off and
two or three guys pinned him down while another raped him. They then
continued to hold the boy down while the first rapist went to have a shower.
When he returned HE videotaped the rape of the boy by others.

They should be shot!

MINUSTAH should be thrown out since it obviously cannot control its troops
and when something happens, it lies rather than deal with the truth.
Cholera – they lied about that and have now been shown to have been the
initiators of that epidemic that will kill some 20,000 within the next few
months, if science is to be believed.